On Friday, September 20, 2019, the second national climate strike took place around the country. While Washington, D.C., a mere 40 miles away, is normally the center of social protests and strikes, Annapolis moved up in the ranks and hosted a climate strike of its own, with around 100 people in attendance.

They walked from Whitmore Park to the Alex Haley memorial where they ended with an unconventional demonstration: a “die-in.” A “die-in” is when protestors sit or lie in silence for a certain period of time to show the silence and inaction that surrounds their issue. Delegate Heather Bagnall of District 33 and Senator Sarah Elfreth of District 30 were both in attendance at the Annapolis strike to show their support.

Local students organized the rally, including three from Severna Park High School and one from Severn School, our own Ella Iams. Iams chose to organize the rally with her friends because she discovered the lack of Annapolis climate strikes and decided to take action. She opened an Annapolis division of “Friday’s for Future,” which is international movement of climate strikes started by Swedish student Greta Thunberg. 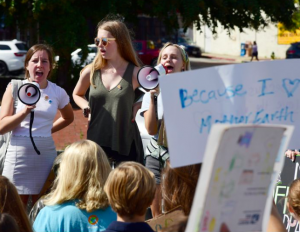 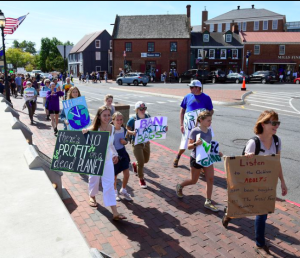 Greta Thunberg became famous at the age of 15 in 2018 when she refused to go to school from August 20 to September 9, the date of the Swedish General Election. She stood outside each day with striking signs until after the election, when she decided to start an ongoing striking campaign, Friday’s for Future. The campaign, which entails her traveling to the Swedish parliament each Friday to protest outside, was inspired by the refusal of Parkland students to return to school after the mass shooting there in February 2018. She often receives criticism for her blunt statements, but she says that she has always seen things in “black and white” because of her Aspergers. Her activism is a coping mechanism that allows her to focus on the important issue of climate change and devote her energies to convincing as many people as possible of the imminent, irreversible dangers of climate change. Additionally, she is able to maintain her spot in the top 5 of her class even though she strikes each Friday. 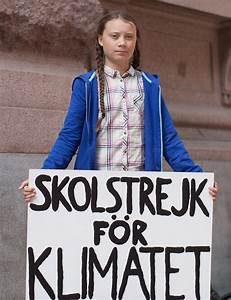 Recently, she traveled to the 2019 UN Climate Summit in New York City on September 23 to speak. She travelled from Sweden to the United States by speedboat equipped with solar panels and underwater turbines, producing zero carbon emissions. Additionally, she has never accepted money from speeches or advertising; she is truly devoted to the success of the planet and the future of the human race. After the UN Climate Summit, she will withdraw for a year from school to travel to Chile by train for another UN Climate talk. 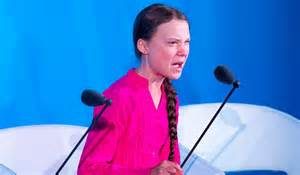 Among her other notable accomplishments, Thunberg, at the age of 15, has been nominated for the Nobel Peace Prize by Swedish parliament members. She is also listed by Time magazine as one of the 100 most influential people of 2019. No matter if you agree or disagree with her opinions, she brings the importance of addressing climate change to the forefront of the media, which further pressures lawmakers to make a difference.

Thunberg’s Friday’s for Future campaign will continue as it gains prevalence in the media, but, hopefully, climate change will reach its conclusion as more countries move to reducing their emissions.