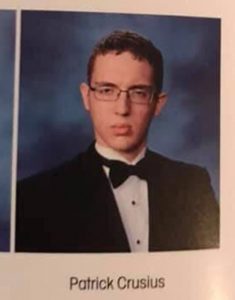 The El Paso shooting incident was orchestrated by a 21 year old man named Patrick Crusius and it occurred at the Cielo Vista Walmart in El Paso, Texas. The Los Angeles Times have interviews talking about how other people who knew Crusius viewed him. Leigh Ann Locascio has a son who used to walk to school with Crusius, her son said that he would never socialize with him or his sister and he would not talk with others. Crusius is also identified by Jacob Wilson, a former classmate, as having a short temper and not being liked by others. Jacob specifically mentions about how he was constantly being tormented by other kids in his English class during their senior year. Another high school classmate, Cody Metcalfe, remembers during Crusius’ sophomore year he was suspended when he was caught with a list of people that he wanted to either rape or kill. According to the local police Crusius had no former reasons to be involved with a mass shooting of this magnitude. Crusius’s past definitely does shed some light on why he would be more likely to commit this crime as David Courtwright’s article in the American Heritage magazine explains the biological side of being a younger male and violence. Courtwright’s Article talks about young males and how some biological factors can contribute to their likeliness of committing crimes during their teenage and twentieth years. Courtwright talks about multiple countries and times such as, Sweden, and Victorian Era England both had the majority of their arrests from young males. The article says that when young males start puberty they have a high influx of testosterone that allows increased muscle mass, deeper voices, and increased aggressiveness. Young males also need a good amount of support when they are going through these times as Courtwright’s article says that they need a strong family that keeps them inline with good social behavior and to help them deal with controlling their aggression. Young males are more likely to be apart of crimes and malicious behavior when they are not given proper support from their families which is why they will look for this support and join others in the same situation by joining a gang or they will develop mental challenges. According to Crusius’ classmates he was definitely not given proper support from them as he was constantly bullied or given grief.