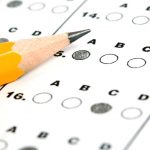 Dear confused and angry students who took the August 2019 SAT,

If you are not among the previously mentioned group, and if you are unaware of the recent outrage stemming from the most recent SAT test, allow me catch you up to speed.

The SAT is known to produce an array of feelings, usually depending on the student in question. Confidence is a common reaction occurring when one exits the testing room. The August 2019 SAT was no exception, as students left testing sites feeling overall very good, followed by going home and taking a well deserved nap. Two weeks later, however, as the “Your Score is Ready” emails rolled in, morale plummeted.

Students reported a significant drop in their composite scores from their previous tests. After discussing this issue with my fellow Severn School students, I began to understand just how upset people were.

“I went in and I thought it was going well” recalls one student. “But, I ended up leaving that room with 40 less points than I had previously earned.”

Another victim of the August SAT shares that “I expected nothing out of the ordinary, probably a few missed questions here and there, but I was shocked when I got the news. My score had dropped by 70 points.”

A common complaint associated with the August 2019 SAT is perfectly summed up by this student: “Taking the SAT I felt pretty confident. I did additional prep between the two tests, including meeting regularly with a tutor and studying off of Kahn Academy.” He adds, “I invested my time and money towards a higher score, but I ended up doing much worse than expected.”

Even though I cannot go back and rescore all of your tests, I can offer some information as to what actually happened with your score. Since the standardized test is administered countless times all over the globe, different tests are designed uniquely to discourage cheating. To account for the different tests, the College Board scores each test based off of a process known as “Equating,” in which they pretest all present elements before the test is administered. This allows College Board to determine how easy or hard each question is, and to conclude how difficult the test will be. For example, a student who has completed the math section with 20 wrong on a given test date can possibly receive the same score as a different date’s math section with 22 wrong. So, incase you began to doubt yourself after the scores were delivered, just remember this: the scores received do not always completely reflect one’s testing abilities.

College Board firmly believes in equating as a “comparable and reliable” way to make the test fair for all who take it. This information may not change the outcome of the test, but I hope the information can give you some peace of mind if your score is something you have been struggling with.