You Are Here: Home → 2019 → September → Orangutan Population Decreases Due to the Palm Oil Industry

Orangutan Population Decreases Due to the Palm Oil Industry

Why I chose this news story/Why Catch my Eye/Why Important:

I chose this news story because I have a passion for the environment and specifically for the animals within it. I know animals all across the world are decreasing in population for a variety of reasons such as global warming, habitat loss, resources, etc. I deeply care about animals and want to work directly with them. There are so many animals that are 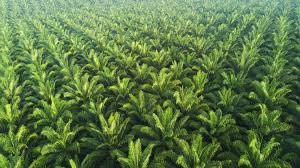 endangered because of habitat loss such as giant pandas, tigers, Asian elephants, leopards, and lastly the orangutan.

Orangutans caught my eye because of my love for animals and more importantly, a banned Icelandic ad that highlighted the dirty palm oil industry. I was aware of their population decrease and a general idea as to why they were being cleared out, but I wanted to know more. This is a perfect opportunity for me to look deeper into an endangered species and why exactly they have to have their land taken away.

I am constantly frustrated by the naivety of humans and how we constantly ruin our earth without knowing it. The environment and animal populations are becoming more relevant in the news and I want to stay up to date on an important species. I have many questions such as: How do orangutans benefit the earth? Why does palm oil plantation need to be set up there; is it the specific environment? Is there another alternative rather than using palm oil? 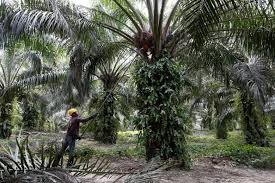 Source wise, I found my original document on the New York Times website. I knew that I wanted to talk about orangutans and rather than scrolling through the news looking for an article that jumped out to me, I looked up “orangutan population decrease” and then looked through the news story tab to find a good source. I know that this topic is still relevant and is on the rise of importance. Without every part of our environment working together, no progress can be made in the future. I chose the New York Times over all of the other sources because it seems to be more credible. Some companies (like colleges) build their name up and this gives them more credibility just because they have a name. This is not always the case, just an observation.

Palm oil originated in West Africa where it was used as a staple food crop. Palm oil appeared in Egypt when evidence of people being buried with casks of palm oil arose. Because of palm oil’s early origin in West Africa and Egypt, it has been inferred that palm oil is one of the earliest traded commodities. The British Industrial Revolution caused the “use of palm oil in the international market” to expand and this lead to the overseas trading of this product because it was a good industrial lubricant. Since there was an increased demand for palm oil, Europeans began investing in it which expanded the production from West Africa to Southeast Asia. The first mass-production plantation of palm oil was founded in Malaysia in 1917 and this sparked the issue that has now risen.

Palm oil is used in everyday products such as shampoo, beauty products, detergent, soap, and many food items (chocolate, margarine, cookies, ice cream, pizza dough, etc). As a result, many campaigns have been created in order to boycott certain brands that continue to use palm oil. An Icelandic TV Ad went viral for describing the traumatic 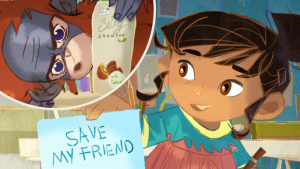 environment that orangutans have to fight in so that humans can get the products that they want (https://youtu.be/TQQXstNh45g). This ad was rejected and taken off of TV because it was accused of being political when in reality it was just describing real-life events.

Palm oil is grown in a rainforest because it needs high humidity and temperatures. Because of this, the trees that stand in rainforests are cut down and whatever remains is cleared by burning the land. Then palm oil plants are planted and allowed to grow in the area that was cleared. This directly affects orangutans because the orangutans live in the rainforest. As land is being cleared and trees are falling, orangutans can be crushed to death or shot and killed if they are seen around or on the plantation. They are losing their homes and are being killed off so that palm oil can be grown and used for humans. 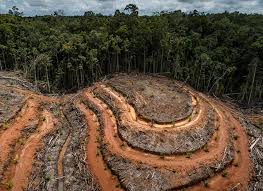 Orangutans are found in Malaysia and Indonesia and there are two different species: the Bornean orangutan and the Sumatran orangutan. Because of the palm oil industry, over 150,000 orangutans have died in the last sixteen years. Their homes have been destroyed and they are killed for stumbling across plantations that were created in their native land.

The third article strictly outlined what happened to Hope the orangutan, and then went into the two different types of orangutans and their population decline. The article also talks about two other small orangutans that were rescued around the scene that had broken arms and malnourishment.

I was impressed by how much detail went into a specific orangutan and I am happy to see that news outlets are reporting on this issue. I liked the mass amount of information and the background that was provided in some articles summarized the work well. I was disappointed to see how orangutans are treated for living in their natural habitat and I think that the palm oil industry needs to be shut down so that the precious lives of the orangutans are no longer impacted. I learned that there are ~100,000 Bornean orangutans left and ~7,500 Sumatran orangutans. This is very upsetting to hear and I do not want to see these apes disappear. I wish the articles talked about the effect on the environment that the palmful industry has. Does it ruin the soil? How do orangutans benefit the environment? These are all valuable things that I would like to know.

Beech, Hannah. “One Casualty of the Palm Oil Industry: An Orangutan Mother, Shot

Independent Media Institute. “The Bornean Orangutan Population Has Fallen by

Give the gift of Smithsonian magazine for only $12! http://bit.ly/1cGUiGv

Sweney. “Iceland’s Christmas TV advert rejected for being political.” The