You Are Here: Home → 2019 → September → What Andrew Luck’s Retirement Means for the NFL

What Andrew Luck’s Retirement Means for the NFL

Andrew Luck retired in August 2019. This came as a huge shock to the rest of the sports world. Luck was seemingly at the top of his game, had just recently came back from a history of injuries, and still had $58 million in the two remaining years of his contract. Yet, this is somewhat common in today’s NFL. Players such as Calvin Johnson, Rob Gronkowski, Patrick Willis, and Chris Borland all stepped away from the game when they were at their peak. Unfortunately, this should come as no surprise. In the extremely violent game of football, especially when players are playing for their livelihood, injuries will happen. That is why Andrew Luck and so many others have decided to exit the game. Andrew Luck’s retirement, as well as many other players, must shape how football is played in the future, and measures must be taken to ensure football can keep being played, otherwise, the sport may have to come to an end. 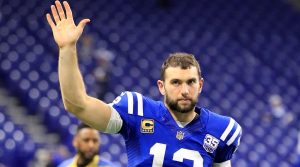 When examining injuries in football, head injuries must be taken with upmost priority. Players can make a comeback from most other injuries, but not with head injuries. One of the first injury crises in football occurred in 1905, when a young man named Vernon Wise died, due to a hit to his head, knocking him unconscious, giving him a broken back. This was merely one case of death in football, but it gripped the hearts of everyone who learned about it. From this, new rules were instituted, such as a forward pass and a ten yard first down. This was pushed by Teddy Roosevelt for a shift towards a more “open game” of football, not one constantly having piles and scrums.

In recent times, football related injuries have become very apparent in players’ lives after they retire. Sadly, players such as Junior Seau, and many others have fallen to C.T.E.(chronic traumatic encephalopathy). Due to recent scientific studies, effects of playing football, such as C.T.E. have been explored. In one study 110/111 NFL players have some form of C.T.E. 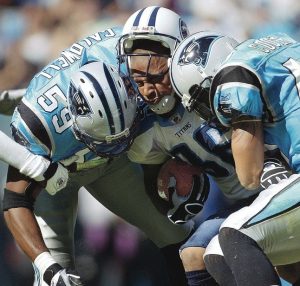 Although football related injuries are deeply saddening, measures are being taken to resolve those issues. Many new rules have been instituted to punish players and teams for engaging in potential actions to injure other players. One new rule is penalizing head to head contact. It results in a 15 yard penalty, potential ejection, and in the NFL, a likely fine. In college football, a targeting penalty now results in a 15 yard penalty and automatic ejection of the player in question. On kickoffs, one of the most dangerous plays in football, new rules have been implemented in the NFL to reduce injury. Those being not allowing the kickoff team to have a head start, no wedge blocking, and no blocking in the first 15 yards. The NFL has also begun to ban certain helmets they deem to be unsafe, backed by testing. This has led to much controversy from players, wanting to wear their favorite helmet. Yet, this is for the players best interest. Helmet companies such as Vicis(rated safest by NFL), Schutt, Riddell, and Xenith are all constantly trying to make their helmets safer. These companies are constantly releasing new versions of helmets, each safer than the previous one. 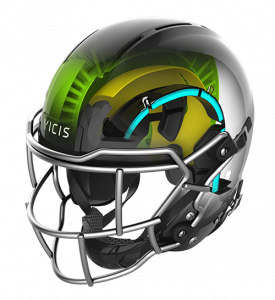 Football will never be able to be a completely safe sport, with no injuries. Players who play the game take that into account every time they put on their pads. That, however, is no reason to not try and make the game any more safe. With new scientifically backed studies, football is becoming evermore dangerous, and this is becoming very known. Methods of preventing injury, such as rule changes and better equipment are making football more safe every day. Hopefully, for all football players and fans sake, football can one day be completely safe.

Moser, Whet. “A Brief History of Football Head Injuries and a Look Towards the Future.” Chicago Magazine, 4 May 2012, www.chicagomag.com/Chicago-Magazine/The-312/May-2012/A-Brief-History-of-Football-Head-Injuries-and-a-Look-Towards-the-Future/. Accessed 30 Sept. 2019.