A Review of Severn WiFi

We all know the struggle of Severn WiFi; we often hear these phrases on a daily basis: “the WiFi just cut out,” “the WiFi is always terrible in this room,” or “I can’t access the website.” Sometimes the WiFi symbol will report 3 bars, yet the connection is obviously interrupted as nothing can be accessed. I, along with many others, have had personal experience with this issue. Recently, Ms. Maxey’s AP Lit class was writing an in-class essay for a large grade and the WiFi cut out for the entire class. We write all our essays on Google Drive, so the document saves automatically, but it could possibly be deleted if the network is not connected. Google Drive saved my document “offline,” but I did not trust it, so I copied and pasted my essay into a Word document to be sure. But, as I went to save the Word document, the rainbow wheel of death kept spinning for five minutes because of the lack of WiFi connection. Finally, I was forced to shut down my computer and possibly lose my entire essay. Thankfully, Google Drive was able to it, but it delayed me by 10 minutes, valuable time lost for an in-class essay.

However, some students and teachers do not complain of those problems. Mr. Meyer said that the WiFi problems do not interrupt his teaching lessons, however he has a wire ethernet cable, so the WiFi is always connected. Sophomore JP Meyer says that he himself does not experience problems, but that “a lot experience it worse than I do.” 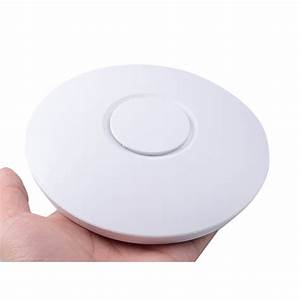 For some background behind the Severn WiFi, there are two networks that most are familiar with: Severn Wireless and Severn Guest. Wireless was intended to be used by teachers and Guest by students. In my personal experience, as I have the passwords to both networks, Severn Guest has better, more reliable connection. Perhaps there could be a third WiFi network setup to alleviate some of the stress on the other two. Also, starting two years ago, Severn installed WiFi wireless routers in most classrooms to increase the connection. A router is a device that sends wireless signals through radio waves to other devices. They seem to work well in some rooms, but others seem to not make a difference. I remember in my ninth grade physics class, Mr. Beckman told us that the cinder block walls of our school can block or hinder the WiFi signals, but the building had to be built with thick walls to remain sturdy and safe. Severn has tried to take steps to better the WiFi connection, but the thick walls might be a major, unavoidable roadblock.