The William Preston Lane Jr. Memorial Bridge, more commonly known as the Chesapeake Bay Bridge, has recently undergone construction that has severely impacted all around it. The construction is a $27 million project that will replace road surfaces, electronic signs, and steel rails along the sides of the bridge. This will all take place on the westbound bridge, and is expected to take two entire years. Although the situation is certainly not ideal for anyone who has to use the Bay Bridge, it is very necessary in the long run for people’s safety. 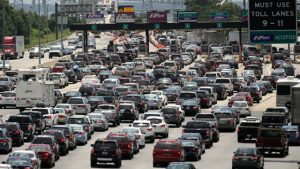 The Chesapeake Bay Bridge was originally opened in 1952, to connect Maryland’s Eastern and Western shores. It does so by connecting Kent Island and Annapolis. Original movements for a Bridge first began in the 1880s. During this time, studies began about the possibility of a bridge. Yet, attempts at actually constructing the bridge were delayed countless times up until 1947. In 1927, Baltimore businessmen began to raise funds for a bridge, and even had plans. However, the infamous stock-market crash, followed by the Great Depression significantly delayed the process. Again in 1938, efforts for a bridge were made by the Maryland General Assembly, but the process of construction was delayed by the United States becoming involved in World War II. In 1947, the Maryland General Assembly passed legislation to begin the construction of the bridge, and construction started in 1949. From this, the eastbound bridge emerged, and costs were $45 million. Later, a second bridge began construction in 1969, finishing in 1973, costing $148 million. This would later be known as the westbound bridge.

This has directly impacted me because I live on Kent Island, meaning I have to cross the bridge every day to get to school, and back home. Traffic has sometimes been very bad in the morning. In the first couple days of construction it took me an additional 20 minutes to even get onto the bridge. However, the time it takes me to get onto the bridge has started to reduce every day. Unfortunately, there is still traffic approaching the bridge, and once you get onto it. This is not too bad though, as it only adds a few minutes of commute time. Also, sometimes when I am coming home somewhat late, at around 8pm, there are many tractor trailers, and other large vehicles lined along the road. This is because those types of vehicles are not allowed to cross the bridge at night and early in the morning. Overall, traffic can sometimes be brutal in the morning going westbound, but in the afternoon and at night coming eastbound, there is no traffic at all. 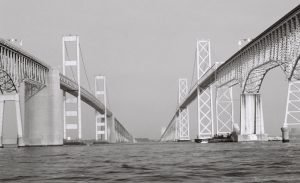 Although traffic is something no one wants to deal with, sometimes the reasons behind it can be necessary. In this case, reconstruction of the Chesapeake Bay Bridge is certainly necessary because it is almost 50 years old.