The number of people killed involved in the collapse of an illegal gold mine in the Democratic Republic of Congo has officially been reported to 22 as of now. This information was reported to CNN from the governments minister of social affairs. At first the death count was at 14 on Wednesday but after a rescue team went out searching they discovered 7 more bodies. Out of three illegal miners who was rescued and taken to the hospital one of them died on Thursday. The provincial government will pay for the burial of the victims and cover the medical bills of those who were hurt. 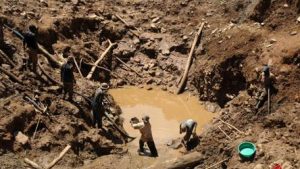 Mining has been proven to be around during prehistoric times according to archaeological studies. Mining is the process of extracting useful minerals from the surface of the Earth, including the seas. A mineral is a solid inorganic substance of natural occurrence that has distinctive physical properties, definite chemical composition and certain molecular structures. Coal is one of the most common minerals that people mine for. 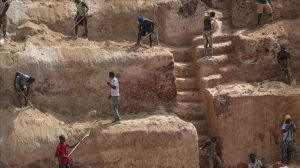 Illegal mining is when miners have no permission from their government, no mining licenses and still mine without mineral transportation permits. About 80 percent small mining operations can be considered illegal. Illegal mining is very popular in Sub-Saharan Africa because in a place with so much poverty it is nearly impossible for somebody to turn down the opportunity to earn income. 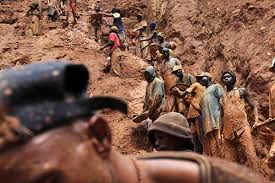 At a copper mine owned by Glencore in Kolwezi, in Congo’s southeast region more than 40 people died when it collapsed in June. All of the people who died were illegal miners. Everyday in Congo an average of 2,000 illegal miners enter mining sites. Illegal mining in places with high poverty will continue to go on no matter how many tragedies there are.