You Are Here: Home → 2019 → October → Ex-Policeman Gets No Jail Time After Deadly Drill Mishap

Ex-Policeman Gets No Jail Time After Deadly Drill Mishap

In 2016, the Florida police held a drill that was open to public viewing. It was a shoot or don’t shoot drill that was to be completed with blanks. They asked for a volunteer to act as the criminal and 73-year-old Mary Knowlton stepped up. Everything was going smoothly until then-officer Lee Coel made his first shot. To his apparent surprise, his gun was filled with actual bullets instead of blanks. He shot and killed Mary Knowlton in front of three dozen people, including her husband. Knowlton’s family received a $2 million settlement, but no amount of money can make things right. Coel was fired immediately after being charged with felony manslaughter with a firearm. He just accepted a plea deal however that will allow him to escape jail time. Instead, he will be on 10 years probation. He was facing 30 years in prison and a $10,000 fine. This is not Coel’s first run in with the law. In 2015, he was investigated after a dashcam video showed his police dog attacking someone for 2 entire minutes, a clear use of excessive force. In 2013, he was asked to resign from a prior job after failing to “satisfactorily complete agency field training program.” 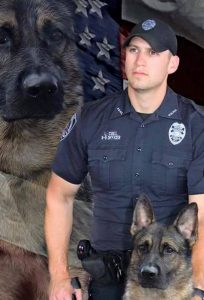 This shooting adds to the long list of controversial police shootings in the past decade. It also adds to the long list of these police officers getting off easy with no jail time. Everyone knows about the Trayvon Martin incident. The mysterious and sudden death of a black teen caused uproar throughout the country. Most recently, a police officer shot and killed an African American Texas woman by the name of Atatiana Jefferson. She was in her own home. She was playing video games with her nephew when police officer Aaron Dean shot her while performing a “wellness check.” Many police shootings throughout the decade have included African American victims. Police officers have now been seen as a danger to many African Americans instead of protectors of the law. It will be important to monitor future police shootings to get a better idea of whether we see any trends or not.