Fight Night or a Football Game?

Recently, high school football games have been becoming more of a boxing match rather than an event where students gather to support their school. At all games, there are always police officers present. Their main purpose is to ensure that the students, 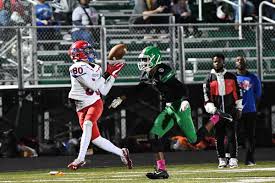 faculty, and families attending the games stay safe. Even though they are tasked with this, fights are still breaking out. On September 27th, 2019, a fight broke out at the Old Mill vs North County football game. Some students were wearing shirts and hats that demonstrated their support for Trump. These same students began to yell insults at other students. Because of this, the brawl started. Police did their best to put an end to this fight, however one police officer was injured. While trying to break up the fight, the unnamed hero was punched in the head twice. This resulted in a concussion. This demonstrates an example of the steady rising tensions among students over political beliefs. Similar to this event, another instance where a fight was started over political beliefs was at the Severna Park vs Arundel game on September 2nd. Again, the fight began because of students support for Trump and a racial comment made.

Despite efforts to keep students safe from these fights, it appears that the police officers being present at these games is not enough. In response to this, administrators and the AACPS Superintendent have began to attend these games as well. As of October 4th, these employees have begun to act as the backup to the police, looking and 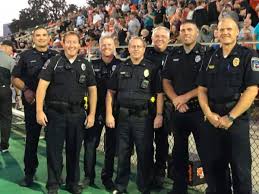 listening for problems that are about to occur and ending them before they do occur. This is one of many new efforts to try to reduce the number of violent incidents occurring Anne Arundel County. A new record was set this year of 244 bias-motivated behavior reports at school events. This is not a record the county wanted to break, but it is a number the county will work to reduce. This is a time where the community needs to come together rather than crumble to pieces, it is time to solve the issue of fights caused by political belief insults.