You Are Here: Home → 2019 → October → Lines of combat at the Kentucky border: ABC News airs footage by mistake

Lines of combat at the Kentucky border: ABC News airs footage by mistake 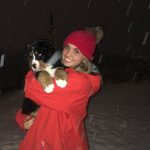 My name is Sofi Sowden, and I am very excited to play a role in the first year of The Severn Current, a student-run newspaper for you, by you! As associate editor of The Anchor, I am experienced in school-wide journalism and community outreach. My goal for this paper is to deliver to the students (you) the news that wants to be heard. Good luck to all the future Severn Current writers! #FoundingFathers

Earlier this month, ABC News was slammed after airing footage supposedly from the Syrian border. The video was mistakenly labeled as combat footage; it was actually a video of the Kentucky Gun Show in 2017. ABC News aired the footage on the morning of October 14th on two separate platforms, “Good Morning America” and “World News Tonight.”

ABC representatives took to the internet to inform viewers of the mishap, posting on their twitter account immediately after the footage was removed:

“CORRECTION: We’ve taken down video that aired on ‘World News Tonight’ Sunday and ‘Good Morning America’ this morning that appeared to be from the Syrian border immediately after questions were raised about its accuracy. ABC News regrets the error.”

Many regular supporters of ABC News were upset by this error, including the president of the United States. After the incident, President Trump took to Twitter. His post reads:

“A big scandal at @ABC News. They got caught using really gruesome FAKE footage of the Turks bombing in Syria. A real disgrace. Tomorrow they will ask softball questions to Sleepy Joe Biden’s son, Hunter, like why did Ukraine & China pay you millions when you knew nothing? Payoff?” 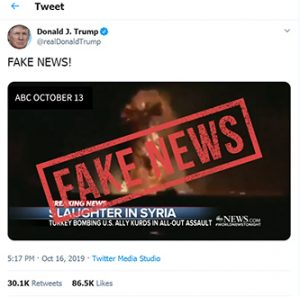 Click the link below to watch the video posted to Pawelczyk’s Tweet to see why the public was outraged: