Pink Tie Friday was a tradition started at Severn many years ago. It all began when the mother of a Severn student passed away with breast cancer. Following that, students and faculty that were male began to wear pink ties to remember the mother and legacy she left. Over time, the tradition began to die off. However, recently Mr. Zmuda has revived this tradition. During a morning 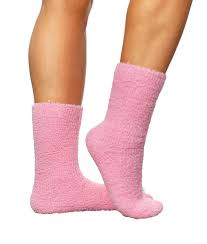 meeting, he told the story of how this tradition began and asked students to join him in wearing pink ties every Friday. Now, every Friday the male students and faculty have begun doing this again. In addition to this, female students have started their own tradition to participate in wearing pink on Fridays by wearing clothing items such as pink socks and pink hair ties/scrunchies.

However, Pink Tie Friday has slowly ended before, so it is likely that it will happen again. Rather than letting this tradition die, I propose Severn creates a new tradition, a tradition where we show support for a larger population. I suggest that the students and faculty support all types of cancer by switching the color tie, socks, or hair ties/scrunchies worn on Friday’s every month. By doing this, we can recognize different types of cancers that affect the population and remember those we have lost to it. In addition, starting this new tradition will show that we care about all the students and faculty that have lost someone to a cancer different from breast cancer, and take away the idea that we only wear pink to show support for the one family who lost their mother.

August – Summer Sun Safety Month – There is no national color, so Yellow to remember to be safe when outside in the sun.