Recycling has been around for centuries and was a common practice for people living in the era but modern society has become an avid supporter of the idea that recycling is just for bottles and cans. In the early 1900s people would go around to businesses and households and collect any scrap metals, or materials such as bone from the butcher to make fertilizer or rags for paper. Women would purchase a dress and then rather then throwing it away they would send it back to the manufacturer an have it updated to fit the trends of the day. Recycled materials were cheaper to get and for that reason were in great demand. At one point in 1919 Chicago was surveyed and it was estimated to have identified over 1,800 scrap dealers. Then during the great depression families had to use containers for multiple purposes such as biscuit containers for lunch boxes. Then again in WWII they were encouraged to sell scrap metals for the war effort. In the 1970s disposable items that started in the 1950s were starting to gather up and cause environmental problems and then finally some clean up programs were started and publicly funded to clean up the trash. This has now continued to modern society as the production and use of disposable items becomes larger everyday.

Today recycling is around us everyday and encouraged by many different activist groups and programs. Some communities recycle items but those recycled items can end up in the same place as their trash because companies have become less profitable with recyclables. Many companies burn them in an incinerator or they burn the recyclables to make energy with the majority being forced into just burning them or imposing a large fee on the community to continue to recycle. Recently activist groups have pushed for the removal of disposable plastic bags and other disposable packaging and only the future will tell what the environment becomes. 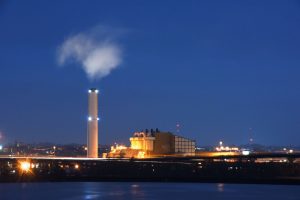