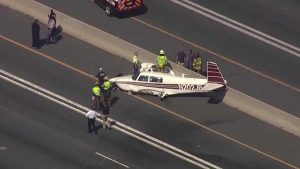 The plane crash happened on September 12th around 11 AM.  The plane, a 1978 Mooney M20J, took off from Freeway airport shortly before. Freeway Airport is a small airport located in Prince George’s County, which is parallel to the east lanes of Route 50. The cause of the crash is unknown, the pilot and passenger made no comments to news reporters who reported on the crash. The plane hit a small car with the left wing, hitting the car on the driver’s side A pillar and hood. None of the people involved were seriously injured. The two people who were in the car were taken to the hospital for a check over, but the two people in the plane declined transport to the Hospital. 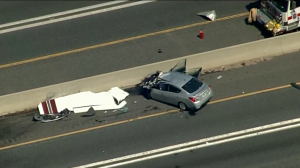 The accident caused severe backups on route 50 because the police had to keep the crash intact. The FAA needed to come to inspect the scene to determine the reason for the emergency landing that caused the plane to make a landing on the highway. According to the FAA handbook, the pilot did a good job at landing the plane safely. The area around where the pilot needed to land was heavily wooded except for the highway. The FAA handbook instructs pilots if needed, to use the wings and underside of the fuselage to help decelerate the plane without damaging the crew cabin. Landing in The trees would most likely have injured the people in the plane, so the pilot chose to land on the highway and hope that the cars would move out of the way. The plane hit a oncoming car as it was attempting to slow down after it touched down on the highway. The car could not avoid the wing, and the pilot could not go any farther over because of the barrier in the middle of the road. The people involved in the accident are all fine with no severe injuries, but the cause of the crash is still unknown. The FAA has yet to reveal the reason that the plane crashed. 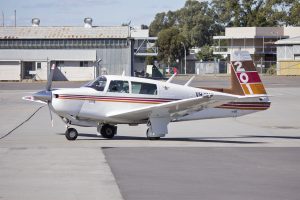