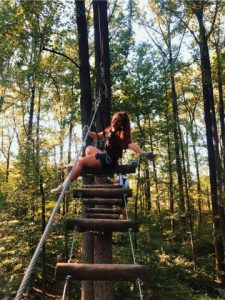 Baillie McNitt, a Severn student, was recently titled Teen of the Week” according to the Capital Gazette. Baillie is a senior who is apart of the Fellow’s Project at Severn, who spent her summer building a trawl. This trawl would collect microplastics in the water before and after hurricane season to measure how run-off affected our oceans. Baillie is an avid supporter of our oceans and loves to spend her free time surfing or just being outside. Baillie has also created her own club at school, Surfrider, that advocates for cleaner beaches, participating in community service, and going out and trying your hand at surfing.

The Fellow’s Program is sponsored by the Eney family, and after an extensive review of Baillie’s project during her junior year, she was accepted into the program and allowed to pursue her passion. The Fellow’s Program has sponsored many high school students over the years to further explore their interests, and money is given to the students to make their dreams reality. Baillie worked hard on her project to build and test it, and she got the recognition she deserved in the Capital Gazette. She received an article dedicated to her that not only gave details about her project and new club, but also her day-to-day interactions with others and her community, that makes her such a valuable member of our community. For Baillie, building her trawl was not all sunshine and rainbows, and she further went into detail after I asked her about her summer building the trawl and spending time working on her Fellows: “Doing my Fellows work over the summer was obviously really difficult stuff, because I had no idea how to do any kind of carpentry. I had to learn how to use many of the tools 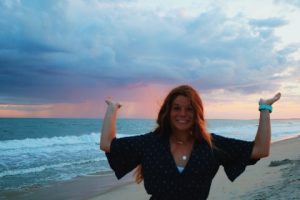 necessary to build the trawl, and then do roughly 30 hours of research on micro pollution just to begin to understand the problem. All-in-all, I spent more than 100 hours on this project this summer so it was a difficult, but really rewarding experience for me.”

After speaking with Baillie about her article, she said: “I was honestly really surprised when the reporter from the Capital reached out. I had no idea that they were even doing articles on our Fellows projects, and I was really grateful for the opportunity to expand my citizen-scientist platform through this medium. It was also really fun to have my older neighbors come over and give me hugs saying that they remember when I was younger and used to come charging through the neighborhood with my life jacket on from sailing and now I am doing work to protect that same Bay.”