As everyone already knows, this past week we had our spirit week and homecoming! The most fun week of the year is sadly already over but it’s never too late to keep talking about it. Monday through Thursday we had different themes to dress up as. On Monday we had Career Day, Tuesday was Team Spirit, Wednesday was Out of this World, and Thursday was Camo Day. Each day almost every student was decked out in fun costumes.

Each day led up to the most fun day of the entire school year, Friday! The Friday of spirit week is always packed with exciting activities. To start off, each grade has their own class color to correlate with the theme that they chose. The “Funky Freshmen” dressed in green, the “Supernova Sophomores” wore black, the “Disney Juniors” chose blue, and the “Centennial Senyears” wore white. Each grade is required to design and create a banner for their theme by the Monday of spirit week (pictures included below). Each grade is also assigned a hallway that they decorate depending on their theme (pictures included below). The decorated hallway is up during the entire school day Friday. 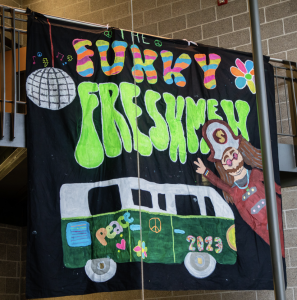 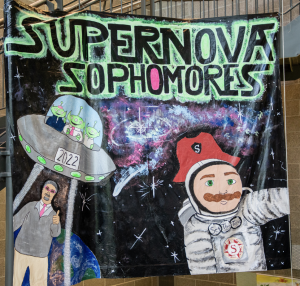 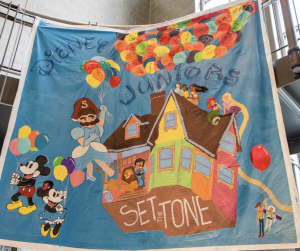 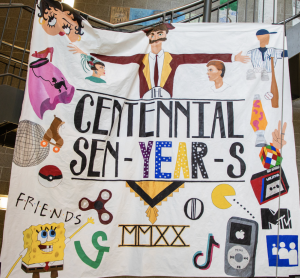 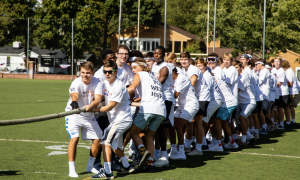 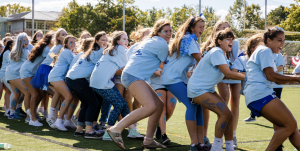 That night at 7, the Junior and Senior girls compete in a game of Flag Football in the gym. Throughout the entire game the teams were close in score. With the help of Julia Christie (QB) and Kate Kistler (receiver), the Senior girls pulled out a win with an ending score of 35-28.

Throughout the entire week Severn Service Society runs a food drive for SPAN. There is a Pod that in brought in for all of the perished foods to be stored in. The school’s goal for this year was collect 10,000 items within the week. However, together the school brought in 11,067 items. The class’s totals are listed below:

Severn has never had a class collect more than 5,000 items! The class of 2020 set the new record. 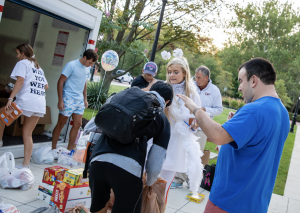 This year spirit week was 2 weeks earlier due to the football game schedule. This caused lots of stressed students rushing to finish Sing for your Supper, spirit week costumes and homecoming preparations.

The final results for who won each category and the overall scores for spirit week will be coming soon.

Mr. Bodley remembers his earlier years of spirit week as still having some costume days during the week but instead of bringing in food for the food drive, the students would loop strips of paper together out of the field and the class with the longest chain got more points for their spirit week. Mr. Bodley also says that Billy Neil, who was a class president of ‘89 at the school, started the tradition of having a field day during the spirit week. During this, tug-of-war would take place. In fact, Mrs. McLaughlin, former teacher at Severn, brought in the rope as Severn uses the same one to this day. The hallways were always decorated as well during spirit week and each class would also make a banner to show their school spirit. On that Friday, the Girl’s Flag Football would take place in the gym. After the game the school would attend a bonfire on campus, however the school needed approval from the fire department each year. As the years went on Severn decided to replace the chains with food for the people in need. Each class would bring the food items down to the field and line the up and the class with the longest line of food got the most points. One year, Dr. Heslin, who was a former Latin teacher at the school, brought in a bag of groceries and said that the class president of each grade had to sing a song in his classroom and whoever sang the best would be able to take the groceries to their grades line of food. As each year went on, several more student would come to his classroom in order to impress Dr. Heslin so that they would earn the groceries. The “performances” were brought to the auditorium and soon it became very successful and entertaining to all. This eventually replaced the field day because there were too many complications with rainy days. No matter the year, spirit week always ended with a home football game on the Saturday of the Homecoming dance.