The Bomb Cyclone’s Affect On The East Coast 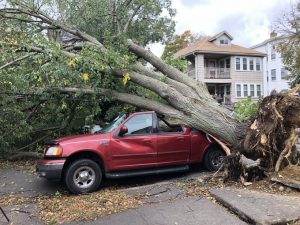 Wednesday, October 16, 2019 weather reporters advised the east coast states from Maryland to Maine that a storm that is referred to as a “bomb cyclone” was forming off the coast and that it would hit during the night and it would continue until midday Thursday. Bomb cyclones are storms that produce excessive wind and are determined by a drop of 24 millibars within 24 hours according to the NOAA, or the National Oceanic and Atmospheric Administration. This storm dropped 30 millibars in 15 hours which is a significant difference compared to the requirement for a storm to be considered a bomb cyclone. The cyclone has affected over 500,000 people and it has caused trees and power lines to fall on houses and vehicles, it has caused boats to be sent adrift and has caused a lot of the schools in these states to close due to power outages. 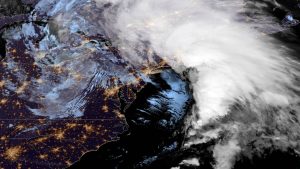