You Are Here: Home → 2019 → October → Threatening Premiere of Joker

Threats About The Premiere of Joker 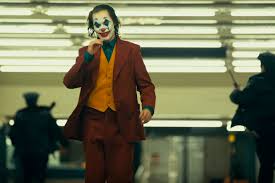 The Joker is a movie about a man named, Arthur Fleck, who is living in the slums of Gotham city working as a clown. Fleck is in a very bad spot in his life because he has a mental disability and he is extremely sad and depressed. The movie has a lot of violence which shows very explicitly what Arthur is thinking and therefore it is believed to have had threats made about the opening day. The police have not released any information about the threats for which they claim is credible enough to place multiple officers at theaters where the Joker is being played. Some journalists have compared this to the prior shooting in Aurora, Colorado when the movie, The Dark Knight Rises was being shown where 12 people were killed and 70 were injured. The threats caused multiple theaters to close due to these threats and for the following showings undercover police officers were stationed at some of these theaters.