BREAKING NEWS!: Baltimore’s “The Horse You Came In On Saloon” is named the most haunted restaurant in Maryland. “The energy levels are high, which perhaps explains why floating orbs, believed to be a form of spirits’ energy, have been spotted at the bar.” This was one of the top stories that comes up when you look up Maryland news. No, not news about Elijah Cummings’ service, not news about a big drug kingpin being taken down… Did WJZ seriously think that this was the most helpful and informative story to run? No. They gave the people what they wanted, not what they needed. From a business standpoint, this is understandable. At the end of the day, for better or for worse, news is a business. 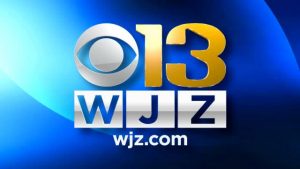 We have been viewed as consumers by the media for a long time now. This problem started to occur when news started to be sold. This is people’s livelihoods. Selling papers or getting viewers is how journalists put food on the table. The only thing to blame for this issue is the system itself. We get news stories meant to sell, because it is a business. The only way to change that is to take the business aspect out of certain areas of media. Jobs as important as informing each and every human being on the world’s issues must not be tainted by the incentive to sell. Maybe wages for reporters should be determined by the government, not viewership. If the government pays to keep the news running, the news will be of higher quality. Sure, taxes may rise, but that is a small price for such an important job to be done correctly and ethically. Maybe news station employees should be volunteer-based. Maybe wages should be voted on weekly per news station in local governments. These may not all be great ideas, but at the very least, they protect the news: a movement that should be valued throughout the world.