You Are Here: Home → 2019 → November → Dont become a fossil fool: What is going on with climate change?

Dont become a fossil fool: What is going on with climate change?

My name is Sofi Sowden, and I am very excited to play a role in the first year of The Severn Current, a student-run newspaper for you, by you! As associate editor of The Anchor, I am experienced in school-wide journalism and community outreach. My goal for this paper is to deliver to the students (you) the news that wants to be heard. Good luck to all the future Severn Current writers! #FoundingFathers

A common conversation starter in today’s society is climate change. Usually, the conversation is geared towards the heating up aspect of global warming, however, on the east coast, many states have been hit with just the opposite. 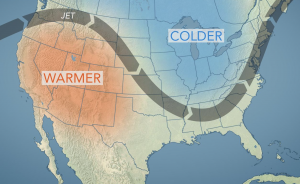 States from Pennsylvania all the way down to South Carolina have been experiencing a harsh glimpse of winter this year. The massive cold front rolled in at the beginning of this week, dropping temperatures to the lowest we have seen this year. Chilling winds, high humidity, and stormy skies have facilitated the current weather in becoming a widely discussed topic in affected areas.

This cold front has inconvenienced daily lives in many ways. Many outdoor sports teams have shortened their planned practices and are unable to play games due to harsh weather conditions. Field trips to outdoor locations have been cancelled or postponed due to violent winds and icy conditions.

The rapid drop in temperature is so alarming to us because we have gotten used to the new norm: high temperatures. The cold front arrived immediately after a day with a high temperature of 72 degrees. For many years, people on Earth have polluted, over-populated, drilled, used up, and killed so many of the natural resources available to us since before rapid industrialization. The globe heating up, the ice caps melting, the numerous hurricanes, and evidence of sea levels rising… The effects of climate change refuse to go unheard, and gain momentum with each day.