You Are Here: Home → 2019 → November → Local Families Fed Up with Severn School Drivers 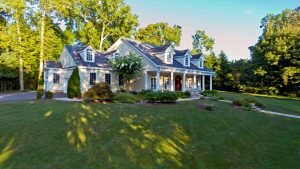 A family with young children moved into the house on the corner of Park Place and Water Street a couple of years ago. This location is on a street of one of three entrances to Severn School. Last school year the family was concerned with how fast students were driving to school because they have young children. However, this year the family noticed that along with the students, the parents were also driving fast. Although the students and parents might only be driving 20 mph on the 25 mph street, the sound of the car accelerator likely worries families with children.

The family on the corner of Park and Water joined forces with the family across the street from them. They decided to stop this issue by placing each of their cars parallel to each other on opposite sides of the streets so that there was no way to enter the school. Blocking an entrance to the school is not only an inconvenience to students, parents and teachers, but it is also illegal. Mr. Lagarde and Mr. Del Prete talked to each of the families to ease the tension. As Severn School understands the concerns of the families, it is their focus to team up with them to find an alternate solution.

The families continue to park their cars on the streets; however, they are staggered so that the members of Severn are required to slow down as they pass the houses to be able to maneuver through between the cars. 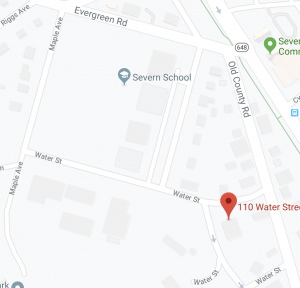 The red pin shows the house of the family with concerns. Water Street was blocked.