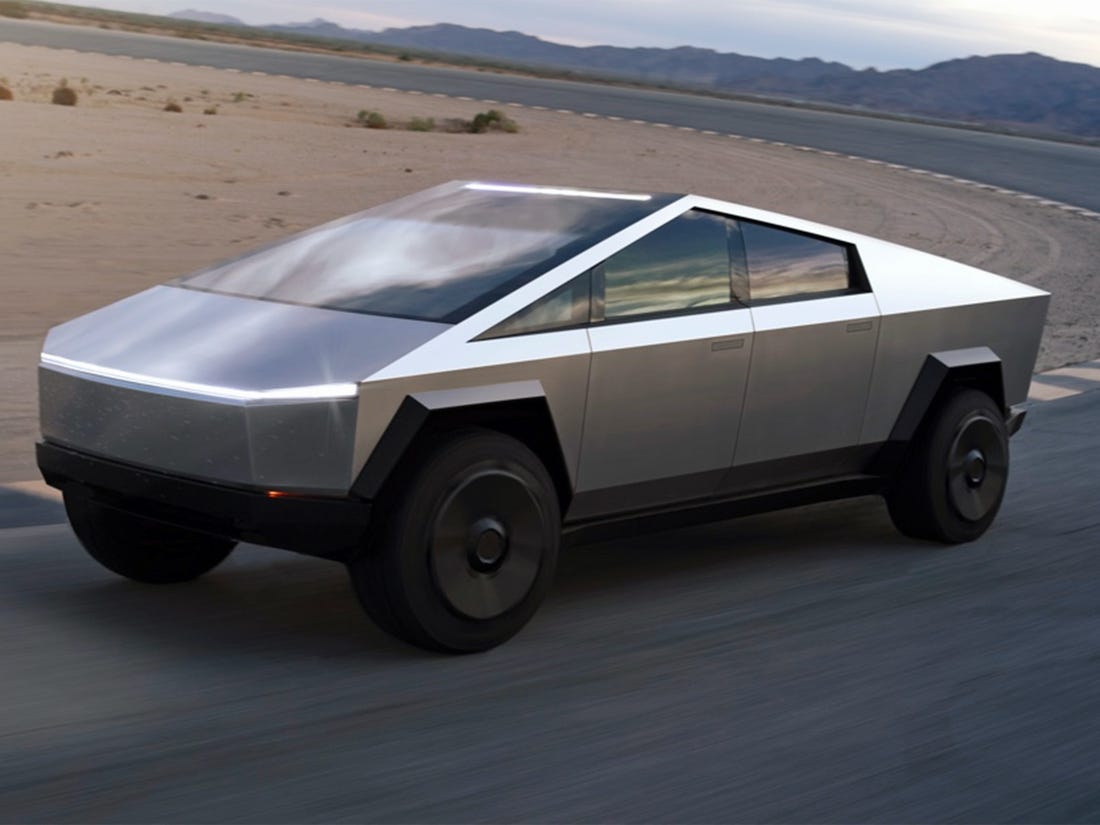 Recently Tesla unveiled its new Cybertruck on November 21st. The announcement event was not the best, it had its flaws, but we still got to see Tesla’s new Truck. I think that the Cybertruck is definitely an interesting concept. The truck has some very interesting characteristics that make it special. Its angular design and weird shape make it stand out among typical production cars. According to tesla, it will have similar characteristics to a sports car, but why? Isn’t it supposed to be a truck? They compared it to a Porche 911 and a Ford F-150. During its world debut, Tesla Showed a drag race between the truck and a Porche, with the truck winning. They also compared it to a F-150 with a video of a tug of war which was, in my opinion, a false test and simply for the purpose of advertisement. According to Tesla the top end model will go 0-60 in under 3 seconds.

Here is a picture of the specs from Tesla’s website: 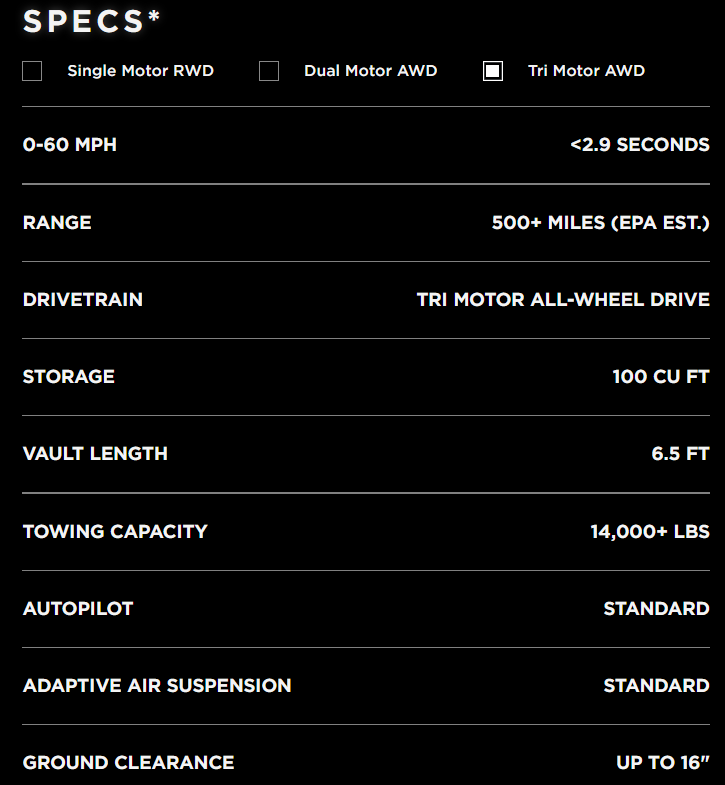 If you understand how electric motors and combustion engines make power and torque, then you will see that these tests are not accurate. Torque is what makes vehicles accelerate quickly and it determines how much a vehicle can pull. Electric motors make their maximum torque at low RPM (rotations per minute), but then it will sharply drop down as the RPM (rotations per minute) increases. This will give the Cybertruck the advantage against a traditional combustion engine. Combustion engines reach their peak torque at different points, depending on the engine. Typically stock engines in production vehicles make their peak torque in the mid-range of RPM (rotations per minute). To make a fairer test, the trucks should be tested based on their “truck” abilities like towing, and off-road capabilities. Since Tesla is claiming that their truck is better, maybe they should test it correctly and more fairly. I do not know who Tesla is trying to market this truck to. Its weird functions and unique style make it the first and currently, the only vehicle like it. The Cybertruck has multiple features that are somewhat questionable. Why did they claim that it is bulletproof? Why is the glass supposedly very strong? These are just some of the weird things that Tesla has done during the unveiling of the truck. Also, Elon Musk has recently claimed that there will be a version that will have a cabin pressure system for use in space. I do not know why Tesla has done these things with the truck; it will be interesting to see what happens next.