You Are Here: Home → 2019 → December → Robots are taking over the internet

Robots are taking over the internet

If you were online shopping on Black Friday or Cyber Monday, were you not able to buy a limited time item because it was completely sold out? If so, you might have been one of millions of people competing with ‘Grinch bots’ this holiday season. Grinch bots, an obvious reference to the ‘Grinch’, are just online robots that buy items that are in some form limited, usually on sale. They are able to buy things faster than any human is capable of. To many, this seems very unfair, and possibly unethical, but can anyone actually do anything to stop it? 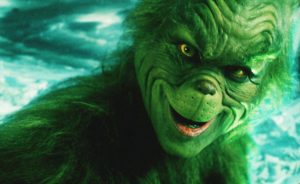 Grinch bots have taken over online shopping in today’s times–especially during the holidays. According to Radware, a cybersecurity firm, approximately 97% of all online traffic to retail websites during Thanksgiving week was produced by Grinch bots. That is completely shocking. This means for every one person shopping online, there are around 32 bots doing the same thing. Another eye-opening statistic is that on a normal day, humans outnumber bots 2-1, but on the days leading up to Black Friday and Cyber Monday, bots outnumber humans 20-1.

These bots are also becoming smarter in many ways. They are starting to even impose problems on normal shoppers. I am sure you have had to complete a CAPTCHA before. They are the pictures you have to go through by identifying which pictures have a certain thing. Grinch bots can now get passed these. Also, the bots are now trying to takeover accounts, putting people’s personal information in danger. The easiest way to avoid this is to have solid passwords and not the same one for all accounts. 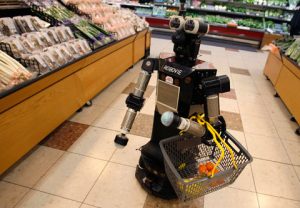 There is not any real way around these Grinch bots currently. Right now, people just have to deal with them, and hope eventually they are ways to stop them. The only way to protect yourself from these bots, like I said earlier is to have many good passwords. Another way to stop yourself from possibly putting your personal information in danger is to not buy the item you would have bought on another third-party website. Although not all of them are, some can be dangerous. Also, the third-parties are most likely the ones using the Grinch bots, so they can resell the item at a higher price.

I spoke with Robby Dubinski regarding these bots. Robby likes to buy shoes that are very limited, and resell them at a much higher price. Sometimes there are thousands competing for a couple shoes. He also enters into raffles for these limited time shoes that he is able to resell. Raffles like these have seen many improvements, allowing for normal people to win them, and not be dominated by bots. He said, “The biggest change was in increased authentication for making accounts, alongside lots of websites switching from first come, first served, to raffles for shoes. Robby also said, “The raffles are supposed to make it so people with bots are not able to takeover the competition.” From Robby’s experience dealing with shoes, it seems like retail websites should take a page out of the shoe companies’ book.