The Secrets of China

During my Thanksgiving break I spent a week in Shanghai, China and I enjoyed every minute of my time. My sister is currently studying abroad there for a semester. There are many interesting cultural differences between the United States and China. The city of Shanghai is one of the largest cities in the world and holds the highest population of roughly 25 million. Each part of the vast city is very different. The cultures consist of quaint and historic water towns just twenty minutes from big futuristic skyscrapers filled with potted flowers down each road. The variety of surroundings makes Shanghai that much more different and interesting to visit. 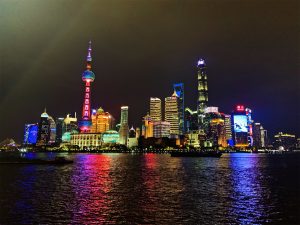 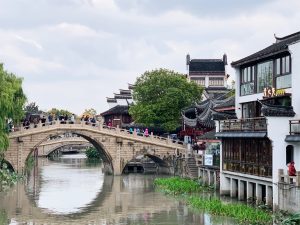 Even though the city is more than 1.5 million acres, you will rarely see a piece of trash on the streets. Since the city has so many people, there is a job for everyone. This makes room for jobs like street sweepers. There are also security cameras on every street corner that you pass. This encourages civilians to not litter as well as commit any other crime. Having so many cameras constantly look after the city made the environment feel very safe. 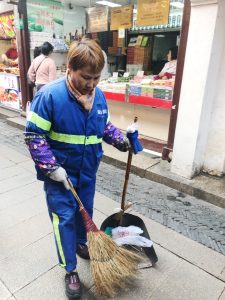 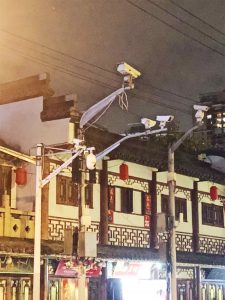 Another interesting tactic is that there is no tipping. From servers in restaurants to taxi drivers, the employees do not except any form of tip because it is not part of their culture. Almost all of the people who do not either take the taxi or the metro to travel around the city, have a motorized scooter. Almost all roads even have a specific lane for these people to drive in. 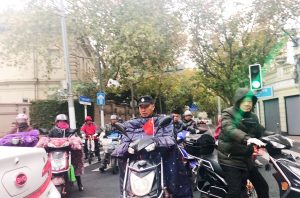 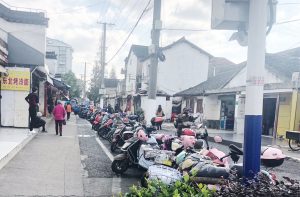 Due to the amount of people who live in the city, there are thousands of about 30 story high apartment buildings. From the looks of the outside, the personal areas of each apartments are quite small. During my time there I noticed that there are clothes hanging outside of each window to dry. I assume that the apartment complexes are so compressed that there is no room for a dryer. This is an example of how the population increase is affecting living areas.

Overall, I loved the city of Shanghai. Between the colorfully lite up skyscrapers to the majestic ancient buildings, each part of the city was absolutely beautiful. The clean and safe streets made me feel very welcome. Although the language barrier is a large inconvenience, the advanced culture has made me want to visit again very soon.