Could This Be The End For Tik Tok?

The beef with Trump and Byte dance go way back. It started officially on August 6th when Trump signed an executive order that would ban tik tok unless it sold in the US company. However, Trump stated claims of Tik Tok being a national security threat long before he signed the executive order. In early August we began to see Microsoft try to strike a deal with Tik Tok. Then Walmart tried to get in on the action by teaming up with Microsoft to real a deal. Walmart and Microsoft were soon joined by Oracle. In September Microsoft drop out of the deal leaving Walmart and Oracle. Tik Tok took on Oracle as a “Trusted Technology Provider”. Tik Tok divided their company in Tik Tok and Tik Tok global, the US portion. After working with Walmart and Oracle they reached a deal. Walmart would own 12.5% and Oracle would own 7.5%. 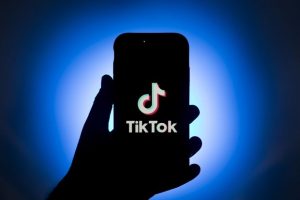 Just as everything was looking like it was falling into place Trump became unhappy with the previously decided upon deal. Trump is head of the deal so they deal will need to please him.  Trump now wants Oracle and Walmart to have 100% of the US version, Tik Tok global. Instead of the 20% previously agreed upon. Even if Trump and Tik Tok  do finally land on a deal Begin.

Beijing also needs to approve the deal due to the recent rules that deal with selling technology to foreign buyers. As of now, china feels the deal is extortion and bullying on America’s part

What does all this mean n for Tik Tok users? The future of the app is currently up in the air. Enjoy the app and don’t stress too much.