Trump has not officially released is taxes as he claims he is “It’s under audit. They’ve been under audit for a long time.” But the investigation does not state Tump cannot release his tax returns. But because his tax returns have not officially been released all of the claims at this time are considered speculation. The only thing we know for sure is the dispute between the IRS and Trump is over a tax return from 2005 to 2008 of $73 million. If the IRS find this to be fraud he will be required to pay back the $73 million plus interest and any penalties decided on by the IRS. 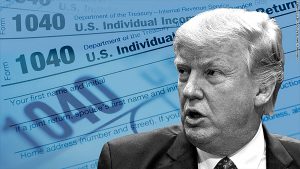 What is he under fire for

What does all this mean

Even with all of these claims most of them prove to be legal. The big business of America find legal loopholes in order to pay less taxes because let’s face it no one likes paying taxes. For example the $70,000 for his hair is considered a legal write off because he was on TV so it is deducted as a business cost. Whether what his did was morally wrong that write off is technically legal. Let’s take for example Warrant Buffet, one of the richest men in all of America. He pays less in taxes then his secretary, how you might ask does a billionaire manage pay less in taxes than his secretary, legal loopholes. These loopholes include paying taxes on capital gains vs income tax. Billionaires will take an extremely low income salary and instead make their money off capital gains or investments of which the tax is considerably lower. Another way is through donations, if you donate large sums of money you can lower your taxes. Next is to hire an account to find all the little loopholes. None of what these millionaires are doing is illegal and it is even seen as good business because capitalism rewards that behavior. 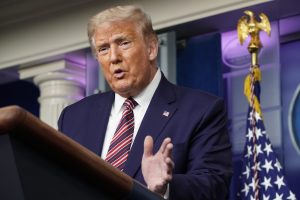 Whether you believe what he did was morally wrong or right legally the only thing under investigation by the IRS is the $73 million dollar tax refund. To reiterate once again his taxes have not been officially released because the New York times wants to protect their sources so until it is released this is all speculation. I encourage you to do your own research into this topic and form your own options and discuss with others.