During the 20th century, the Wright Brothers built the first ever flying machine that paved the way for a new form of technology that would transport people or objects around the world. The path of constructing a fast and efficient airplane required substantial energy with many obstacles. The Wright Brothers took a fair amount of time developing their own principles for 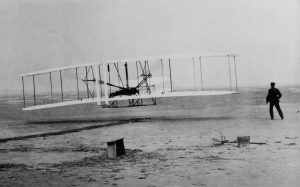 their flying machine. They used concepts from other technology like cars and even as basic as bicycles to put their machine into flight.

In 1903, the Wright Flyer lifted into the sky and made history. Truly, this achievement was a setting stone in aviation history leading to the creation of Airbus, an aircraft manufacturing company, about 70 years later. In 1972, Airbus’s first plane, the A300, went into flight. The A300 was built on the same founding principles as the Wright Flyer but more technologically advanced, using Rolls-Royce engines and a sleeker and more durable wing design made of fiberglass. Later, in 1988, Airbus launched the A380 which was the biggest 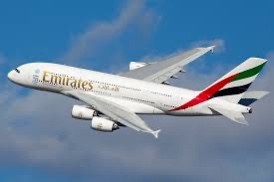 and one of the fastest airplanes in commercial aviation during that time. This plane had two decks – one lower deck and one upper deck – which accommodated double the number of passengers as compared to the previously discussed A330. Moreover, this plane had four engines – two on either side – and was necessary in order to propel this mammoth aircraft. Finally, in 2013, Airbus released the A350. Although this aircraft was not a double decker, it had extraordinary abilities to fly ultralong range – over 19 hours in the air. The A350 to this day was arguably the most efficient aircraft in service.

However, the Airbus 2050 concept plane will be the pinnacle of aviation with its arrival much closer than we may believe. As described by Daily Mail, when passengers board the aircraft, they are greeted by a monitor where they will place their hand to check in. The monitor will then display where their seat is located. Before leaving the interaction room in the center of the aircraft, passengers will put their 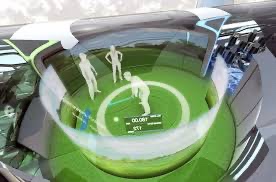 Undoubtedly when released, the Airbus 2050 concept plane will be the most popular and efficient plane to lift off the ground.