If you were an attuned watcher of the Vice-Presidential debate on Wednesday night, you would have noticed a fly landed on Mike Pence’s head. Flies have been prevalent in artwork for thousands of years representing “death, rot or decay”. For instance, in 1470, a painting, Portrait of a Woman of the Hofer Family, illustrated by a Swabian artist, depicts a woman who is 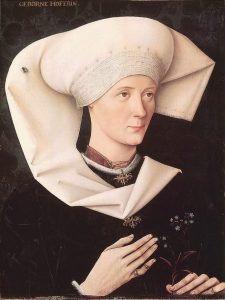 holding a “forget-me-not” flower as a fly lands on her head piece. This woman was thought to have died and the painting be in remembrance of her. As this piece was a prominent painting for its respective era, in terms of symbolic insects illustrated, many other artists in later years portrayed flies in his or her paintings.

The fly’s powerful appearance took the media by storm. Many liberals referred to it in posts as a symbolism of death and decay in contrary to the republicans who made propaganda posts stating, “flies for Trump!” With many different interpretations of the fly’s appearance, meme accounts were made in honor of the insect on Instagram, Twitter, and Tik Tok. The satirical presence of the fly distracted from the more solemn nature of the debate. In turn, the interruption made the banter between Pence and Harris slightly more enjoyable to watch. Only time will tell if the fly foreshadows the future of the United States.