On Wednesday the Derek Chauvin, George Floyd’s killer was released on bond. His bond was posted at one million dollars. On May 25, 2020, Derek Chauvin pressed his knee into George Floyd’s neck to retain him for almost eight minutes, which lead to his death. 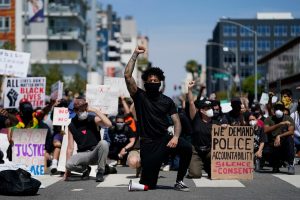 All four of the officers involved in the death of George Floyd have posted bail and will be free until their trial is held.

Before posting bail, Derek Chauvin was being held at a maximum-security prison in Oak Park Heights, Minnesota. In June, Derek Chauvin’s bail was posted at $1.25 million with no conditions and $1million with conditions by the judge. Some of the conditions include no contact with any of George Floyd’s family, turning in all his firearms, and no working in any form of law enforcement of security while he awaits his trial.

Derek Chauvin paid the one million dollar bail and excepted the conditions. He was released 11:30am local time on Wednesday October 7. As of now his court date is scheduled for the 8th of March in 2021 where the four officers are set to face the court together. However that may change. Derek Chauvin has not officially released his plea to the charge but his lawyers have called for the charges to be dismissed on the grounds that George Floyd died due to a lethal does of fentanyl not the officers treatment. Whether this will be accepted by the court is unknown.

Ben Crump, the lawyer representing George Floyd’s family in this case, commented on the release of Derek Chauvin saying, “It is a painful reminder that we are still far from achieving justice for George…. We will not rest until he is afforded full justice in death.” He also asked the court that if found guilty Derek Chauvin will face a harsher sentence then outlined before due to the fact that when he placed his knee on George Floyd’s neck George Floyd was already in handcuffs. George Floyd was also pleading for the officer to remove his knee saying he could not breath and was fearing his life but Derek Chauvin did not remove his knee.

The public also responded to Derek Chauvin being realeased on bail. Peaceful protest were held throughout Minneapolis with the main protest being held on East 38th Street, Chicago Avenue, and the 5th Precinct of the Minneapolis Police on Wednesday night. Several protestors were arrested and the rest were instructed to leave the area by the Minneapolis police. The city leaders also requested that 100 guardsmen, 100 state troopers, and 75 conservation officers mobilize. But the protest have remained completely peaceful. 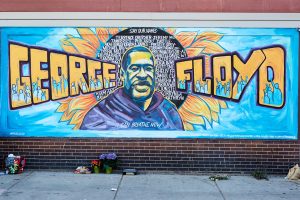