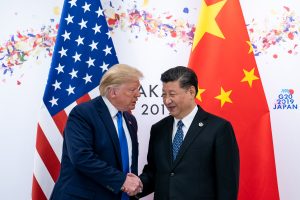 It is unknown which bank in China the bank account is linked to, but it is clear as stated by the New York times that Trump paid $188,561 in taxes to China between 2013-2015. Which comes as a shock if what the New York Times said is true about his $750 paid in income taxes to the US. Alan Graten Also stated that the account has not been used for any deal or business activity sense 2015 but has remained open. According the New York Times finds on Trumps taxes they claim that  he paid at least $192,000 in investments to five different Chinese companies.

This is coming to light after trump has openly attacked the Democratic party specifically Joe Biden’s son, Hunter, after his overseas business deals. Trump has referred to them as a “criminal enterprise”. Trumps son, Eric, then responded accusing the news of trying to distract the American people from the Biden family’s criminal activities. Also stating that once his father was elected into office his family has a whole stopped all international business.

The controversy of Hunter Biden’s international dealing are from his father’s time serving as vice president under the Obama administration. He is accused of using his father’s position in power as leverage. Emails found on his laptop provide a detailed account of his dealing with China and Ukraine. 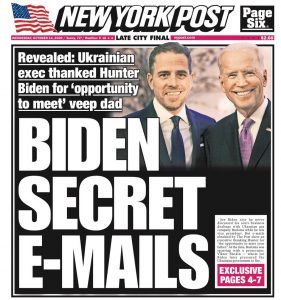 Joe denied all of these allegations saying that there was no wrong doing and Biden released his personal taxes proving he had no role in any international deals during his time as vice president however his sons taxes were not proved and therefore these claims have not been proved as false.

While in office we have seen Trump treat China with no remorse when it comes to economics. He has placed harsh tariffs on Beijing which caused a trade war between China and the US. He also blames China for the pandemic which caused the current economic problems in the US. Trump believes that because of the Biden’s families dealing in China that they would be too soft on China.