You Are Here: Home → 2020 → November → The Role of News During the French Revolution

The Role of News During the French Revolution

The French Revolution, lasting from 1789 – 1799, was a struggle to abolish the “Ancient Regime” and create a constitutional monarchy. This revolution was largely caused by Louis XVI who put the French in debt. Hence the outrageous spending, Louis XVI decided to impose taxes on the nobility (2nd estate). On May 5, 1789 in Versailles, the 2nd Estate forced him to have a 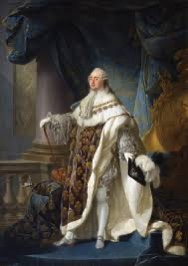 meeting with the rest of the estates known as the Estates General. Although, this meeting did not end well as it led to the 3rd Estate being locked out of the meeting room, so they held their own meeting at a tennis court to create a new constitution – Tennis Court Oath. On July 14, 1789, the French were furious, which led to a mob going to the Bastille prison to kill people, Bastille Day, which caused the Great Fear or panic of people after such event. Following this, the Declaration of the Rights of Man and of the Citizen was created stating that everyone was free and equal in rights (liberty, property and security resistance to oppression). Similarly, the Legislative Assembly was established where Congress had the power to make laws and approve declaration of war while the King still had power. The radicals at this point begin to take charge such as the Jacobins and assemble the guillotine 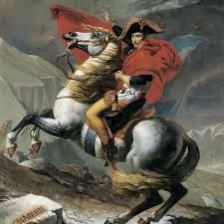 which was used to kill Louis XVI. At this point, Napoleon seized power by The Directory appointing him to lead their army. Due to this obtainment in power, Napoleon was able to take over the weak government through a coup d’etat. Napoleon got rid of the bad officials, signed a concordat with the Pope, restored the sugar industry, and conquered a large portion of Europe. However, in 1805, the British beat the French in the Battle of Trafalgar which ultimately caused destruction to the French fleet and ensured supremacy of the British navy which forced Napoleon to give up.

Now how did the French Revolution pertain to the news? Well, as one might expect, the French people at this time were severely censored by their government through what they could and could not publish. As the revolution progressed, people started to rebel against the French government. One writer who embodied this rebellion was Jean-Paul Marat. His first pamphlet, published in 1789, was called 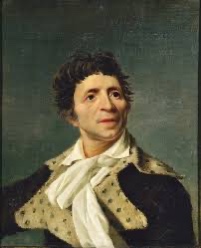 Offrande à la Patrie (“Offering to Our Country”), where he stated that he was in favor of continuing the monarchy because it would benefit the French. Another piece he published was L’Ami du Peuple (“The Friend of the People”), in which Marat was on board with radical ideals regarding the royal family’s travels from Versailles to Paris by a mob. Due to this bold statement, he had 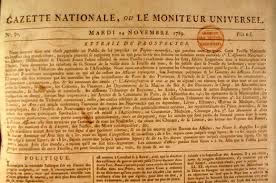 to flee to England due to backlash. Additionally, he was sentenced a month in prison from the National Assembly. During the National Convention in 1791, Marat continued to advocate for overthrowing the king. The conservative Girondins were not pleased with these statements which led to a supporter of the Girondins assassination of Marat. Despite the government’s willingness to sensor Marat’s works, he was able to get his message across to France and push the initiative of changing the French government system, for the better.

From France’s many struggles during this time, I believe that the media at some point may be censored in our country in the future. With the recent election, many believe that a revolution will occur over the losing sides unwillingness to accept the election results. Possibly, our government may not want us to see these protests/riots or the exact reason for why people would do so, which would lead them to censoring those posts on social media. Hopefully this is not similar to the French Revolution but in our day and age, anything is possible.