You Are Here: Home → 2020 → November → The Role Of News in the People’s Revolution in China

The Role Of News in the People’s Revolution in China

The peoples revolution in China happened in 1949, The revolution was headed by the well known communist leader Mao Zedong. Mao Zedong headed this revolution because he wanted to regain power over the Chinese Government. 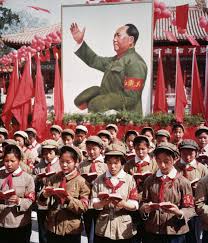 Moa Zedong did not like the way that the current government was running China and he direction they were taking the country. he believed they were leaning too close to capitalism and too far away from communism. Moa targeted the youth of China to be his soldiers in this revolution as they were young and malleable. Mao was able to use tactics similar to those used by Josef Stalin to gather a loyal following. They were called upon to pure the impure parts of Chinese society. Mao wanted to get rid of the four olds, customs, habits, culture and thinking. Mao had such a strong cult like influence that he was able to get kids to turn on their partners for going against the party. Many people worshiped Moa like a god, hanging on his every word and action. Under Mao’s revolution thousands of citizens were beaten to death and thousands others were beaten to death or driven to suiscide. The revolution was alive until Mao’s death in 1976. This revolution was more like a purge then a revolution.

News played a big role in this revolution because the news allowed Moa Zedong to control the people. The press faced very strict rules as to what was acceptable to post. 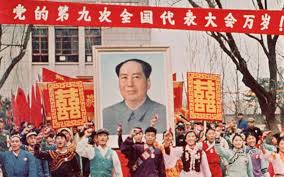 During Mao’s rain of terror Mao eliminated all privately owned news sources and all news source that offered a different view then the one he wanted China to see. Journalist lived in constant fear that they would be the next to face Mao’s raft due to a story or opinion. Many journalists during this time went missing or “committed suiscide’. Journalists were forced to descide between giving up their morals to post what the party wanted or they faced unemployment or death.

During this time the news was used as weapon composed almost entirely of propaganda. The news enabled Mao Zedong to control what the people in China saw and knew about and could hide what he didn’t want the people knowing. 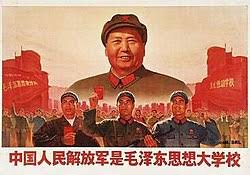 Knowledge is power, the news spreads knowledge so when Mao could control what knowledge was shared he held the power. He used the news to spread propaganda and to influence people to join his cause. The news became mealy a mouth piece of Mao.