The Tide Pod Challenge began in 2018 and was a viral media challenge. The goal was to ingest tide pods for fun and experiment if they would get sick afterwards. People would record themselves doing the challenge in the hopes of going viral on Youtube, Instagram, Twitter or any other media platform. But did this challenge go too far and were the media and 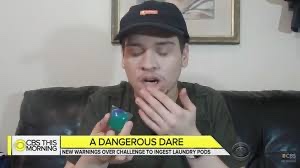 reporters’ part of the problem? On most news platforms, reporters would make their viewers aware of the challenge and for parents to warn their children not to participate in it. Although, to engage their viewers, media stations would show disgusting videos of people taking part in the Tide Pod Challenge. This was quite disturbing for most viewers to watch and it violated the privacy of those people participating in the challenge.  Instead of an over the top human-interest story like this one, reporters should strive to make their viewers aware of the challenge rather than sharing unnecessary videos.