You Are Here: Home → 2020 → December → A Review of the 2020 Pulitzer Prize for Fiction: The Nickel Boys, by Colson Whitehead

A Review of the 2020 Pulitzer Prize for Fiction: The Nickel Boys, by Colson Whitehead

The Nickel Boys by Colson Whitehead, winner of the 2020 Pulitzer Prize for Fiction, introduces a boy named Elwood Curtis growing up in the Black neighborhood of Frenchtown in Tallahassee, Florida. Elwood is a hard worker, a dreamer, and a fighter. The reader understands that he is a firm believer in the Civil Rights movement. Early on in the book, the reader learns about Elwood’s stellar behavior, but soon after, an encounter lands him in Nickel Academy. Nickel Academy is a state-sponsored reform school for boys that seems innocent at first with its well-kept campus and beautiful brick buildings; however, the author is quick to find out the terrors of this troubled teen school. Here, Elwood meets Turner, along with a handful of other Black boys longing to escape the 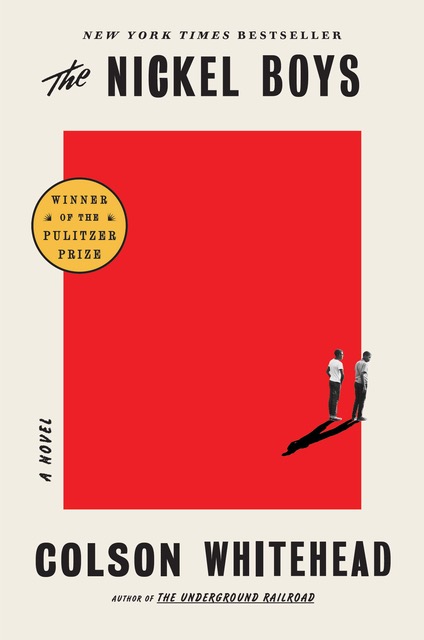 institution. Whitehead successfully portrays what life was like during the time of Jim Crow Laws and the ongoing issue of racial inequality.

The Nickel Boys has many strengths. The author successfully draws in the reader’s attention to a heavy topic by incorporating descriptions of violence, arguments, and emotion. Whitehead truly lets circumstances speak for themselves by telling the story as it is and representing the reality of some schools for troubled teens. The Nickel Boys is sculpted very naturally and allows for the reader to react in his or her way. For example, one may become angry, sad, or even confused by reading about one specific scenario.

Whitehead has written that he based The Nickel Boys on a real reform school. This school is called the Dozier School for Boys in Florida. Similar to the beginning of the story, Dozier’s horrific secrets were released when unmarked graves were found near its campus. Whitehead strategically uses parallel structure between these two schools by incorporating similar beating houses, graveyards, campus descriptions, student life activities, and painfully similar stories of violence and abuse.

I enjoyed reading this book because I found it to be quite powerful. The book is powerful because the story is not only historic but insightful. Whitehead successfully incorporates purpose, meaning, and emotion into every page. He leaves the reader begging for more with constant jumps in scenes, ideas, and conversation. Whitehead takes an unfamiliar but true story about Dozier School for Boys and makes it a reality for Elwood Curtis at Nickel Academy.

I think this book deserves its 2020 Pulitzer Prize Award for Fiction because it is not only straightforward and understated but evocative. Whitehead’s writing style encourages the reader to learn more about racial inequality. This book also enlightens the reader about a topic he or she may not be too familiar with – the schools for troubled teens. Although the book is fictional and set in the past, the reader is still able to empathize with Elwood and his classmates, as well as understand injustice in today’s schools for troubled teens (which continues to be its own industry). Whitehead strategically writes to leave the reader sitting on the edge of their seat, begging to hear the next part of the story.