Could the Pfizer Vaccine End the Covid-19 Pandemic?

As most of you have heard the US has begun to make promising advances in the Covid vaccine that could be released to the public soon.

So how would the vaccine work when it does come out? 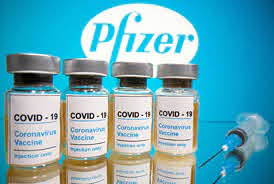 The first possible vaccine is the Pfizer vaccine. This vaccine promise 95% effective. The vaccine is different from most vaccine because instead of injecting the dead virus cells. Instead, the vaccine introduces the genetic material of the virus called mRNA which is part of the viruses genetic code. This will trigger the body to make Spike protein. The body will produce the antibodies so if you get infected your body will already be prepared to fight it.

What are the pros and cons of this vaccine?

Well because the vaccine does not require a piece of the virus the vaccine is able to be produced at a faster rate. Due to mRNA ability to be produced quickly and the easy to adapt it to a new virus it will most likely be used in the case of another pandemic, so we are more prepared in the future. This type of vaccine is also cheaper to produce. The only down side is that the vaccine need to be stored at -94 degrees Fahrenheit. Making it hard to transport and store the vaccine.

Is this vaccine safe?

Although it was created at a faster rate than most vaccines it does not mean it is not safe. It has gone through the same testing that all vaccine go through. Pfizer ran trial with thousands of people. It would not have been approved by the FDA if it was unsafe.

When can we see the vaccine out? 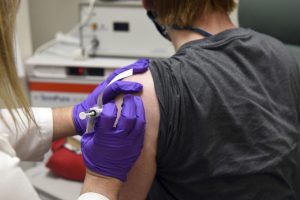 The vaccine has already been shipped to the UK, receiving 40 million doses. Which can vaccine 20 million people because each person requires two doses. The US will see the first
vaccines roll out next week to health care workers and first responders.

When will the general public see the vaccine?

Most officials are predicting that the vaccine will become available to all low risk people late spring. Which is still a ways a way, but we can see the light at the end of the tunnel. And hopefully we will begin to see a decrees in cases and begin to return to normal.