Ratatouille the Musical Coming to Broadway in 2021

It is now official! Playbill announced on Thursday, December 10th that Ratatouille the Musical is coming to Broadway on January 1st, 2021. The Tik Tok musical began as one comical video from a user this past summer. From then on, other users were committed to composing

songs, one of the main contributors being @e_jaccs who wrote the lyrics to “Ode to Remy”. Another user, @shoeboxmusicals unveiled a detailed depiction of the set design for the show. The sounds used those videos were then applied to other Tik Tokers videos, resulting in the ideas for 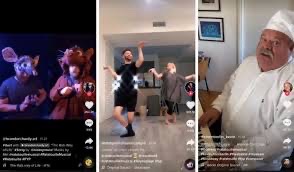 the musical to go viral.

Broadway Producer, Greg Noble, has high hopes for the musical stating, “We can’t wait to share what these remarkable creators have dreamt up which will now allow them to benefit other artists through the vital work of The Actors Fund.”