When Mark Zuckerberg, then a college student at Harvard University, founded Facebook with his roommates, he probably did not envision the Facebook of today. With the acquisition of Instagram in 2012 and WhatsApp two years later, Facebook has grown from a student directory website into a social media empire. On December 9th, 2020, the Federal Trade Commission, along with the attorneys general of 46 states, sued Facebook for illegally maintaining a monopoly over social media. The Commission seeks to break up Facebook and divest major components of the company, including Instagram and WhatsApp. “Facebook’s actions to entrench and maintain its monopoly deny consumers the benefits of competition. Our aim is to roll back Facebook’s anticompetitive conduct and restore competition so that innovation and free competition can thrive,” said Ian Conner, Director of the FTC’s Bureau of Competition.

When I saw this in the news, the first thoughts I had in my head were: “So why exactly do we need to break up Facebook? Isn’t social media just a place for people to post random thoughts, memes, and pictures of pets?” But when I tried to process this piece of news along with these questions, I started to understand its significance. Social media has become an absolute necessity of lif 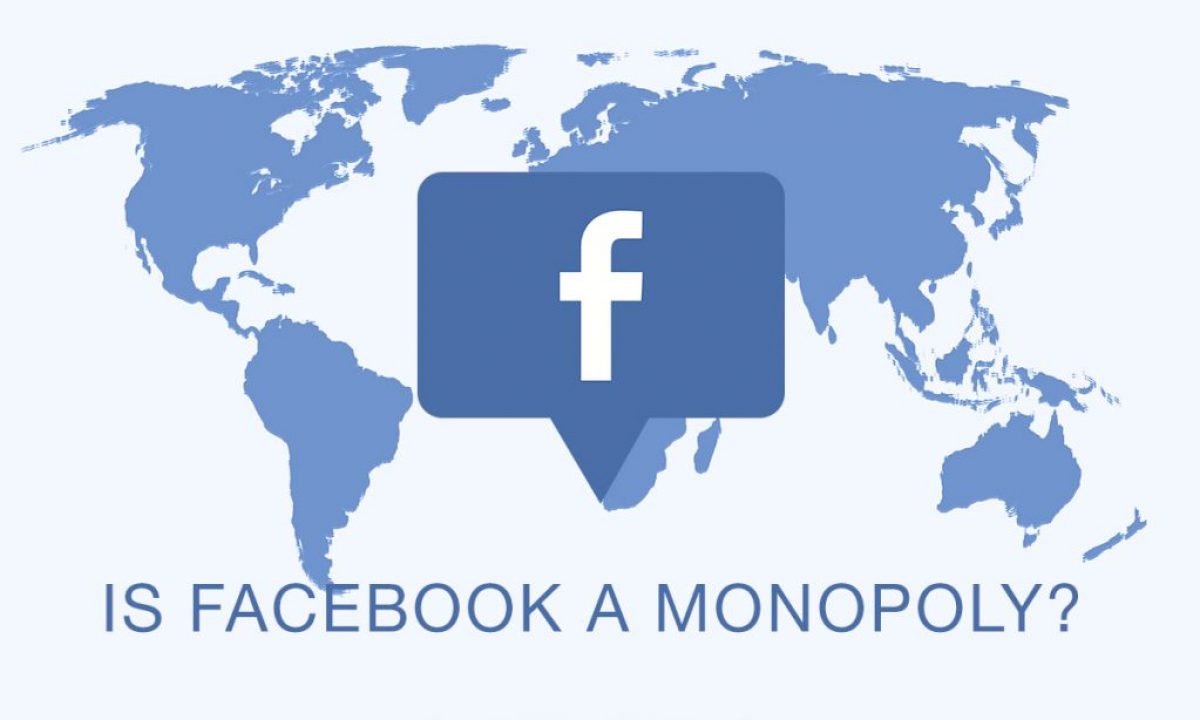 e in the Information Age. People use social media to connect with family and friends, share moments of their lives, acquire information, and discuss topics with others, although often in not so civilized manners. And the influence of social media expands way beyond individuals. Just in the year 2020, we saw the impact of social media on our lives in its fullest display: medical workers and authorities use it to communicate information about the coronavirus; politicians use it to campaign for themselves and rally their supporters; civil activists use it to raise awareness and organize protests. In the midst of all these, we have one company, Facebook, controlling three of the most important platforms: Facebook, Instagram, and WhatsApp. Statista estimated that by December 2020, Facebook accounted for 60.52 percent of all social media site visits in the United States. 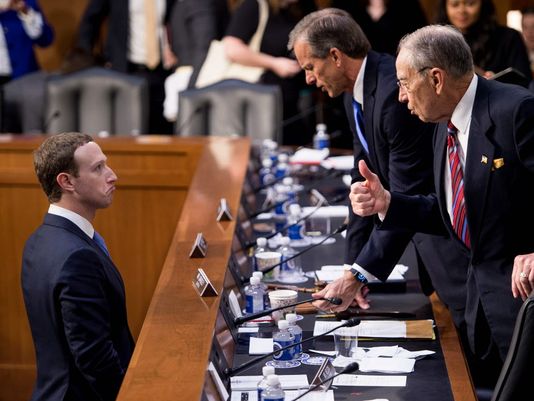 Facebook gained control of the social meda industry mainly through two approaches: acquisition and imitation. When there is a new player in the industry that could potentially threaten Facebook’s business, Facebook offers them a large sum of money for their company and absorbs them. When Instagram was launched in 2010, it was inspired by the rise of smartphone photography. The various filters made everyone capable of taking epic photos, and it became part of the popular culture. Facebook, at the time the biggest social media platform, had two options to face this opponent: to build something comparable or to buy it outright. Mark Zuckerberg opted for the latter. Facebook bought Instagram, a company with 13 employees, for $1 billion. The acquisition of WhatsApp was a similar story: WhatsApp was the most popular and most used social media platform in 2014, and Facebook paid $21.8 billion to buy the company and its users.

When companies have turned down Facebook’s acquisition offers, it has turned instead to imitation of their key features. Facebook offered $3 billion to buy Snapchat in 2013, but Snapchat turned it down (Facebook later tried again to acquire Snapchat in 2016). However, Instagram (owned by Facebook) soon introduced a new feature called “Stories,” a blunt copy of Snapchat’s “Snap Stories”. The new feature made Snapchat immensely less appealing to users and essentially disabled Snapchat as a competitor.

It is not difficult to see that Facebook does have monopolistic control over the social media industry. But how does this hurt the customers when the platforms it provides are free to use? Well, there is a saying that goes: “if you’re not paying for the product, you are the product.” This saying perfectly explains the case of Facebook. Facebook does not make money by asking its users to pay for the products, they make money by collecting users’ information with their consent (you definitely read those ten-page long user agreements before you click “agree to continue”, right?). They then sell user information to advertisers so the advertisers can target their ads to potential customers. To continuously and more effectively collect users’ information, Facebook designs elaborate algorithms to seek to understand each user’s interests. The more you use Facebook, the better it understands you, and the more attractive the content it feeds you, and you use it even more, completing a vicious cycle. 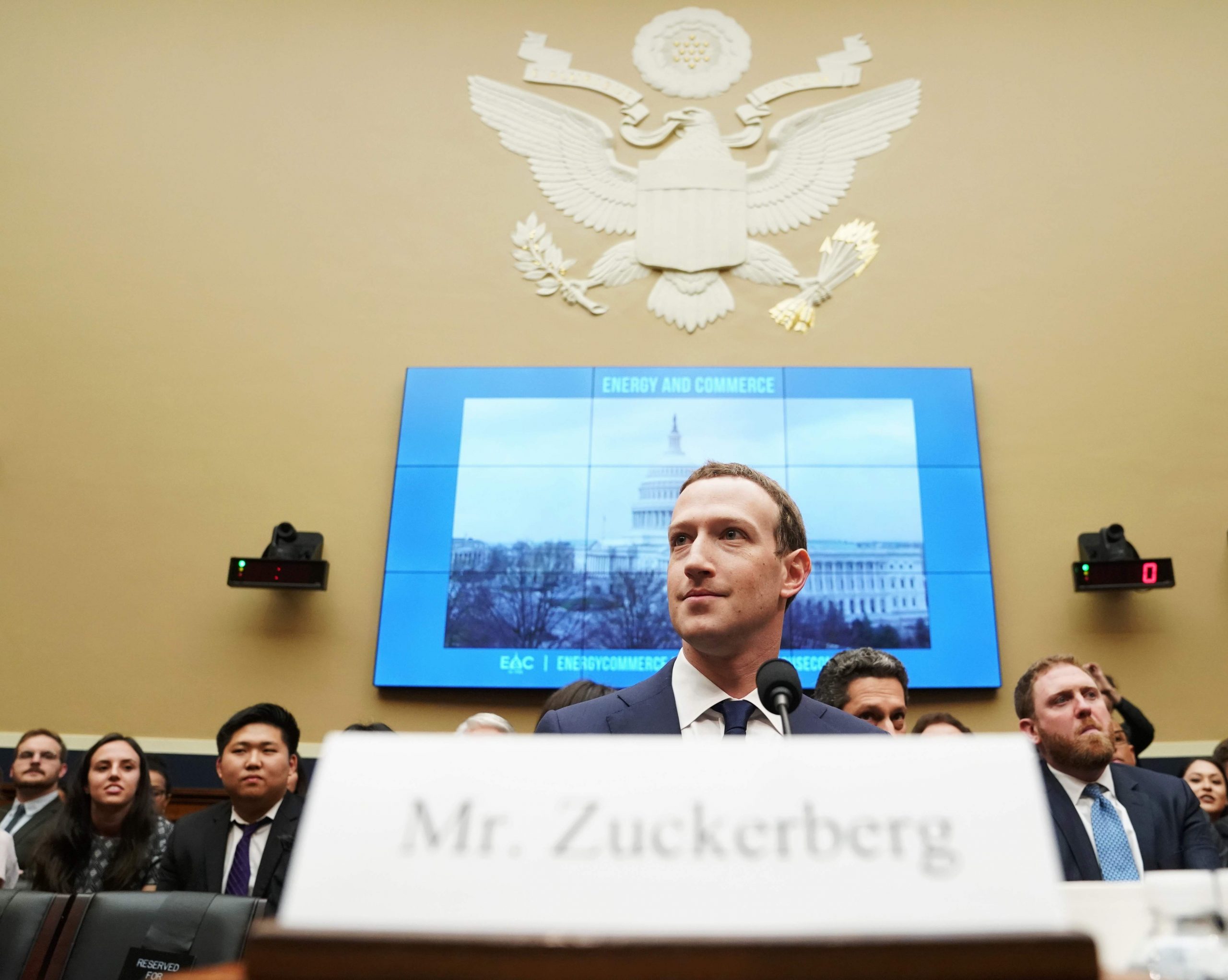 As a result, people get addicted to using Facebook’s products, and Facebook collects more data. Now, suppose you want to move to some other social media platforms where your privacy is respected? You could. Still, your choices are few, especially considering that all your family and friends are on Facebook or Instagram. The monopolistic conduct of Facebook hurts customers by limiting the options they have over social media, thus forcing them to accept Facebook’s terms of service and its way of treating user information if people want to use its products.

We need to break up Facebook because the company fits all the criteria of a monopoly and is attempting to continue its anticompetitive behaviors for its own benefit. By breaking up Facebook, we can limit the size and influence each of its sub-companies would have. And by prohibiting Facebook from continuing its anti-competitive approach to acquiring and imitating its competitors, we could encourage more companies to grow and compete with Facebook, forcing it to revise its terms of service and make favorable changes for the users. The investigation of monopolistic conduct should also extend to other tech companies as well, the Standard-Oils and AT&Ts of the Information Age: Google, Amazon, Twitter, and Apple, just to name a few. No company should have absolute control over an aspect of the internet, whether it is social media, web search, online shopping, or operating system. Of course, the road to an eventual Facebook break-up is long and with many obstacles ahead, but I believe the lawsuit is an essential step toward the future of a neutral, decentralized internet.