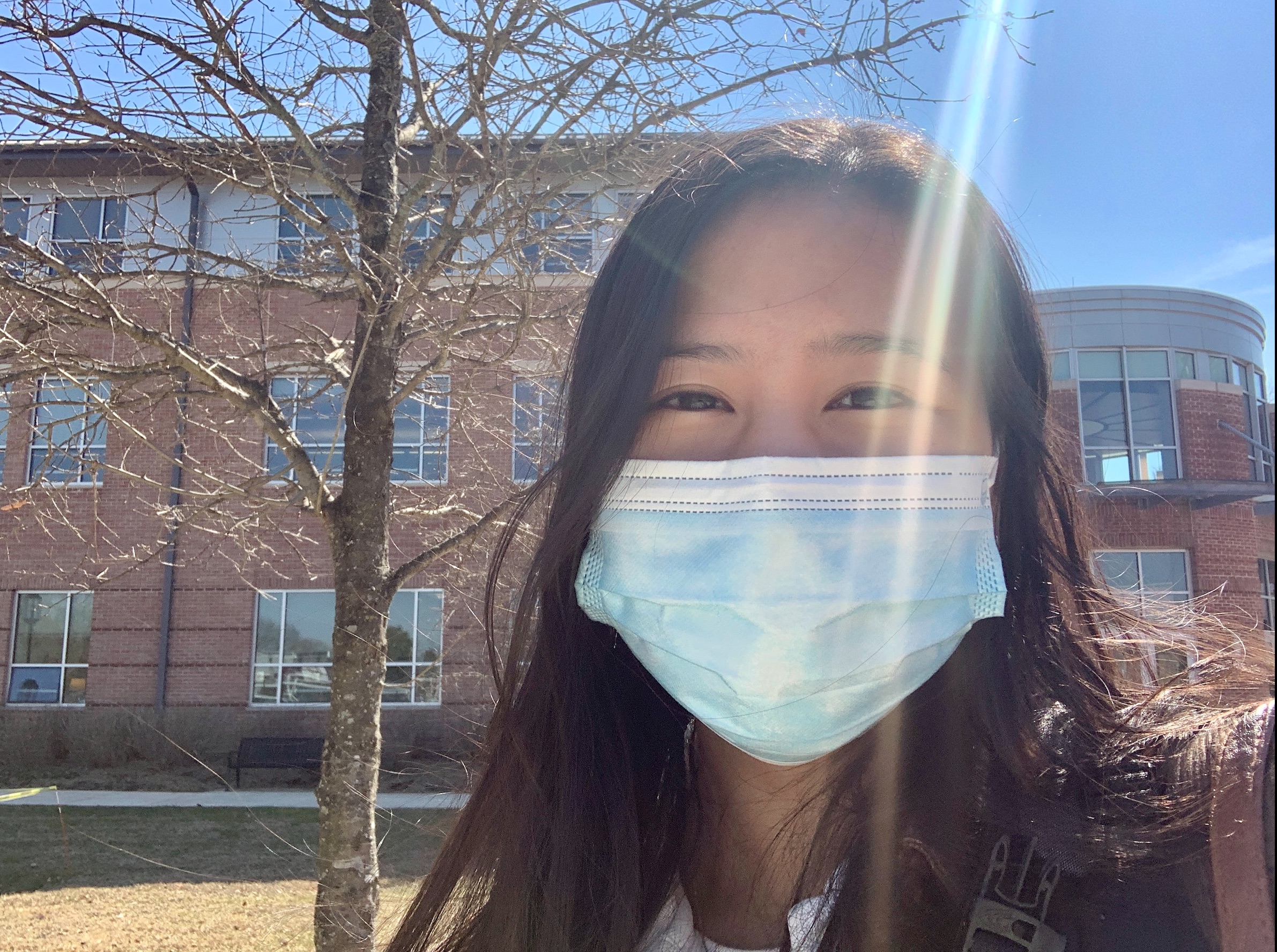 With the announcement of new parameters following spring break, there lies the possibility of many “Zoomers” becoming “Class-Roomers,” and a significant change in scenery. For those who have been back since September, I hope this article provides a new perspective on the shift from nearly a year online to in-person. For those of you who have been fully remote since that dreaded Friday the 13th (2020), like me, you may be curious to know what it’s like back in the thick of things.

This is not exactly how I imagined my senior year, nor anyone else their respective school years, but in a weird way, we’re all in the same boat. My first day back (on Tuesday, March 3rd, 2021), I kept remarking to people that I felt like a new student — I’d forgotten where a few of my classes were, so I found myself scanning room numbers like a lost freshman. Teachers remarked how initially startled they were to see me “in 3D,” (Ms. Kane even wondered if she’d walked into the wrong room), and the curious expressions of classmates realizing that they just hadn’t seen me in a while. When I first started in, I kept accidentally disturbing seating arrangements, which was an unexpected adjustment I had never even considered. There was already an established classroom flow that I hadn’t been privy to before. To be honest, I still wait for other people to sit down before taking a seat. There was the struggle of finding somewhere to eat lunch, somewhere to set up camp during free period, but also, on a positive note, the opportunity to lounge in Creeden Commons. There has been much to mourn for the senior class, but at least we have the Commons. The lack of Bucks was also a welcome change; it’s refreshing to see sneakers and high tops rather than the usual bland tan.

One of the weirdest things, which may have gone unnoticed by those who went hybrid back in September, was looking at the Zoom screen on the projector. I had never seen it from the other side before, so it was a little jarring to realize everyone can see you. Being in your own room, staring at this computer screen, it is easy to forget that there is an entire classroom of students with all eyes on you. Not to mention the literal spotlight option, versus the less daunting gallery view. Being in-person also caused me to realize how many in-class moments go over our heads. Not to induce a fear of missing out, but the dynamic in-class is simply quicker than over Zoom. Unmuting and speaking up feels more difficult than just speaking, so those in-person can be quicker to the punch. I also found it has been both much easier to focus and much less tiring to be in-person. Again, the engagement over Zoom is just not as fluid, which can cause those on Zoom to feel disconnected (so to speak).

Another realization about returning in-person is that, in some cases, I see that teachers are essentially teaching three classes: the A-cohort, B-cohort, and Remote learners. Now that I’ve seen them in action, I have a better understanding of how taxing it is to manage these different variables. For example, in Treble Choir, Mr. Redei goes through cycles where the B-cohort may learn more of a song than the A-cohort, so now my A-cohort is playing catch-up. Perhaps a better explanation is attempting to manage two classrooms: those online and those in-person. It is a difficult task to handle, but I applaud the faculty for operating to the best of their ability.

To my classmates whom I haven’t seen in person in 346 days: hopefully this essay was of some use to you as we move into another period of change — either by illuminating a different perspective or relating to the struggle. With change comes opportunity, so my only hope is that we continue adjusting and readjusting as fluidly as possible. In the meantime, may Spring Break find you happy and healthy, and may you greet each new change with gracious courage. Good luck, everyone!