Freedom of Speech in a Digital Age 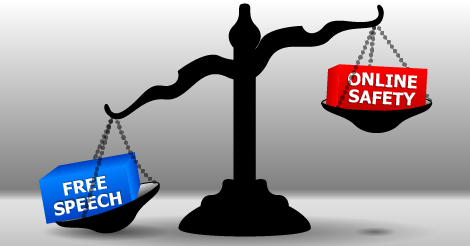 Spring is coming. The warm breeze of May, alongside news of mass vaccination across the nation, gives us hope that we, after a year of fear and depression, may finally be at the edge of returning to normalcy. When we look back to the 2020 presidential election, it seems like a distant past. The hard work of countless election officials and poll workers ensured a fair and squared election during a global pandemic, and the result brought a new president to the White House. We have moved on from this episode of history, right? I sure hope that is the case. However, this election is bound to have some long-lasting impacts on our society. One of those impacts can be seen through two court cases concerning what many regard as a sacred right in this nation: freedom of speech.

The origin of these two court cases dates back to last November, after the vote counting of the election ended, and Joe Biden emerged victorious in many of the closely combated states such as Arizona and Georgia. As officials in these states announced Biden the winner, a conspiracy theory started developing. Over the next three months, a range of traditionally conservative news networks led by Fox News pushed out a campaign to discredit the election result, supporting the claim of Republican presidential candidate Donald Trump in saying the election was “rigged” and “stolen from him.” To make their campaign more appealing, Fox News targeted two private companies who participated in facilitating the electronic voting system used in the 2020 presidential election: Smartmatic and Dominion. The hosts openly announced in their shows that they were in possession of concrete evidence that suggested Dominion and Smartmatic’s involvement in a plot against Trump to steal votes from him and transfer them to Biden using the voting machines the two companies designed and produced. In one such segment, Fox News indicated that the government of Venezuela, which has a bad track record of manipulating the result of its elections, was involved in the design of Smartmatic’s voting machines used during the 2020 election. However, the reality is that Smartmatic has no relationship with Venezuela, and its involvement in last year’s election was very minor. Smartmatic suggests its technology was used only in Los Angeles County, California, and not in any of the contested states. Dominion also faced similar accusations. 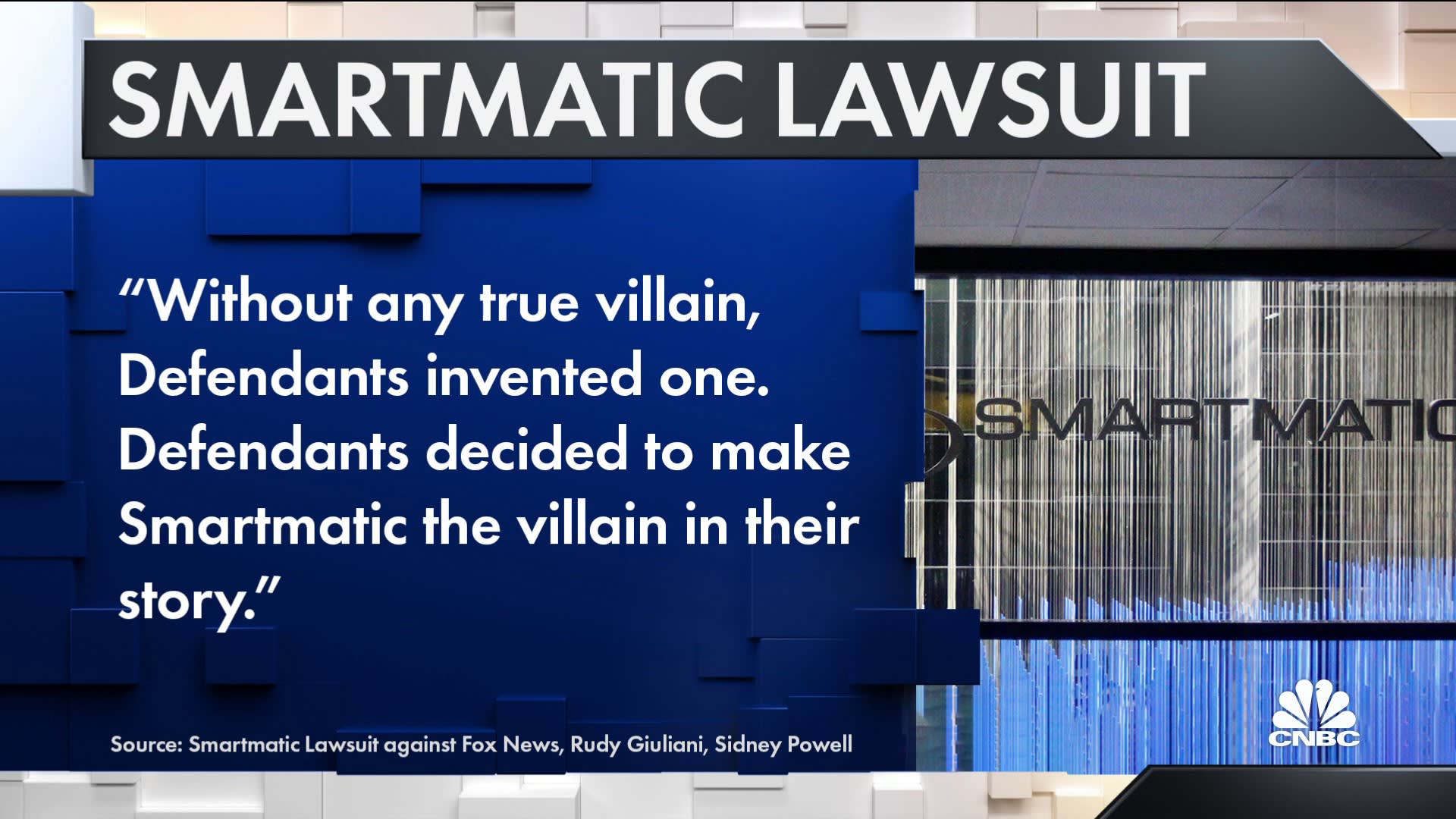 On February 4th, Smartmatic filed a lawsuit in New York State Supreme Court against the Fox Corporation, its lead anchors, and frequent guests of its shows, including Sidney Powell, a former federal prosecutor who promoted Trump’s theory of election fraud. “Fox joined the conspiracy to defame and disparage Smartmatic and its election technology and software,” the lawsuit states. Smartmatic believes Fox News undermined the reputation of the company and its technology and inflicted heavy financial loss. Thus, it sued Fox for $2.7 billion in damages. A month later, Dominion filed a similar lawsuit in Delaware, seeking $1.6 billion in damages. Fox News’ immediate response to the two lawsuits was to cancel one of its most popular shows on Fox Business, featuring Lou Dobbs, a proponent of the election fraud conspiracy theory who repeatedly criticized Smartmatic and Dominion on his show. However, the network continues to argue that its actions did not violate defamation laws and has urged the court to dismiss the lawsuits.

The reason these two court cases entered my radar was not because of their nuances, but because of the larger context around them: namely, the conflict between freedom of speech and disinformation. This conflict has taken a new form in this digital age. In its defense, Fox News inevitably cited the First Amendment and the guarantee of freedom of speech, claiming the Constitution protects the press as they publish stories that are “newsworthy,” even if they might be partially untrue or damaging to other entities. Smartmatic and Dominion, on the other hand, point out that the intention of the press privilege is to prevent the government from deceiving its people. The duty of the press is to expose deceptions, not to create them. The Supreme Court struck down the claim of libel in the famous 1964 case New York Times v. Sullivan, to encourage the press to challenge official statements. The journalists who courageously exposed the Pentagon Papers and investigated the Watergate Scandal embodied the spirit of the Sullivan case. To say the same about the Fox News anchors who produced baseless lies to appeal to a specific political party and its supporters would be less convincing. 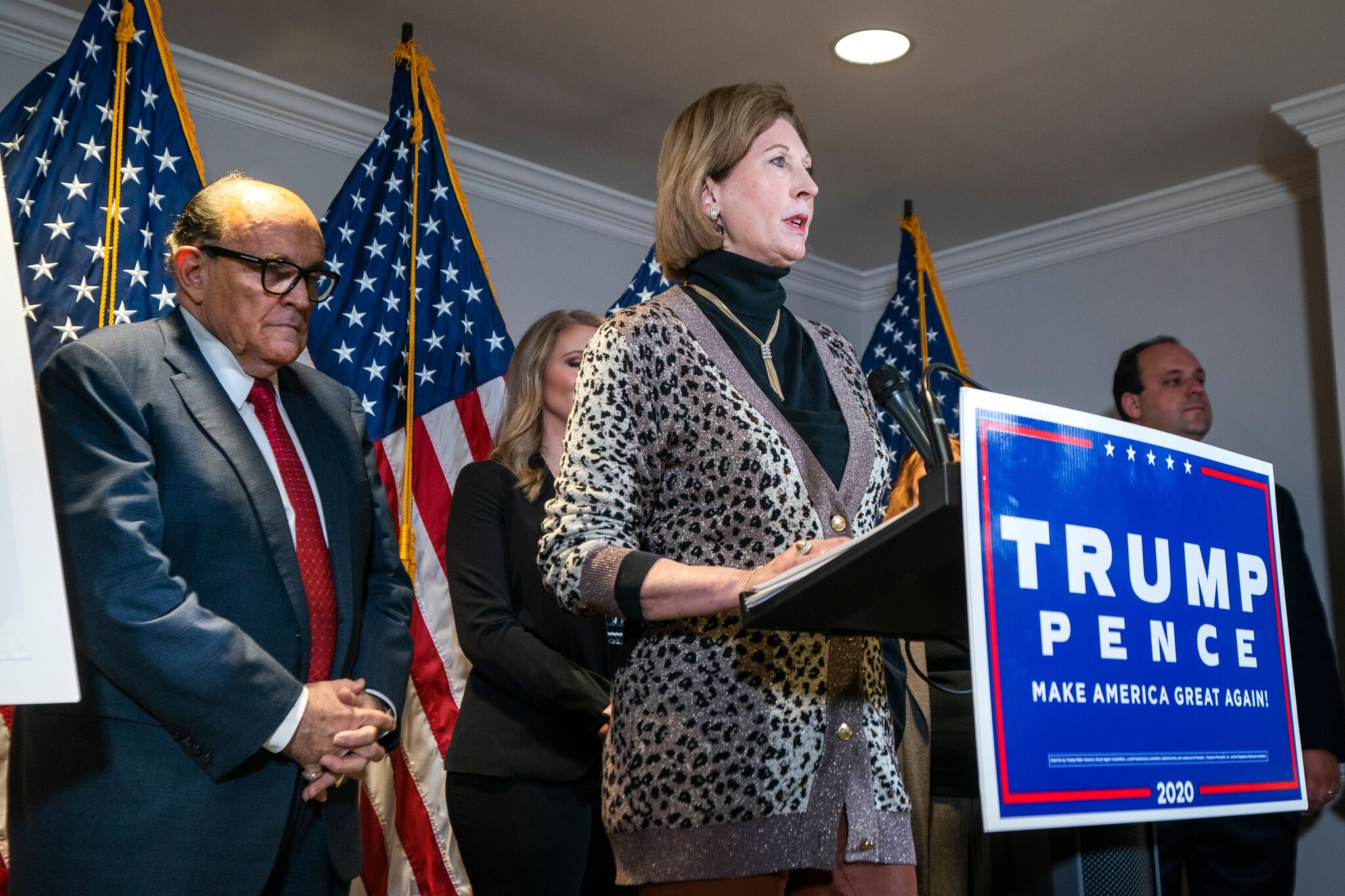 Then, should we cheer Smartmatic and Dominion because they took Fox News to court and are attempting to hold Fox accountable for claims it made? Part of me wants to agree, but I could not help but relate these cases to the allegation raised against Facebook, Google, and Apple for their seemingly “monopolistic” business conducts, which I discussed earlier. On the surface, these fights feel like the modern adaptation of David and Goliath we all want to see. But in reality, the current regulations we have in place against disinformation are no better than slingshots — outdated and powerless when confronting tech giants and news empires alike. It is depressing to see the only effective weapon we have against disinformation is the law on libel and defamation — like realizing that the laws we have to battle tech monopolies were designed to curtail logging companies and oil refineries.

The COVID-19 pandemic and the 2020 presidential election showed the massive impact misinformation can have on our society. Simply put, anyone with an electronic device connected to the internet and a social media account can have their voice heard and further spread without the need for approval or fact-check. The claims around election fraud Donald Trump and his allies enthusiastically promoted not only undermined the public’s confidence in the government and the election system, but also spurred real violence, as thousands of Trump supporters took to the streets of Washington D.C., broke into the Capitol, supposedly the “House of the People,” while simultaneously exposing themselves to a raging virus. Even after Twitter, Facebook, and other social media companies removed Trump’s account from their platforms because of his indulgence of the Capitol Riot, many of his supporters continued to protest faithfully, saying these companies violated Trump’s freedom of expression according to the First Amendment (although the Amendment does not limit the actions of private companies, which in itself is a discussion for another day). 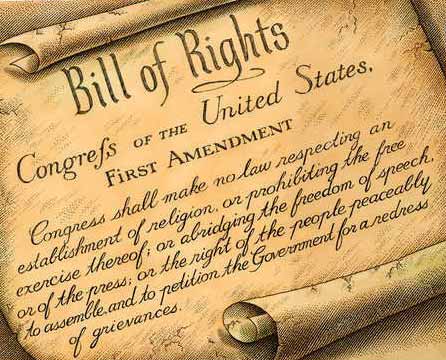 At this point, it is still uncertain whether Smartmatic and Dominion or Fox News will prevail in court. If Fox News loses these two lawsuits and is required to pay the damage, it would be a financial blow to the company, but perhaps not enough to take it down completely. Nonetheless, some journalists, including The Washington Post’s Margaret Sullivan, fear that the decision in this case might set a dangerous precedent for other First Amendment cases to model. Sullivan suggests companies can apply the same strategy to target smaller news organizations and bankrupt them with long and expensive legal battles. Sullivan also points out that the passage of stricter defamation laws may hurt responsible journalists and further blur the line between stories lacking concrete evidence and outright “fake news.”