Tennis Squad 2021: An In-Depth Look at the Boys Varsity and JV Teams 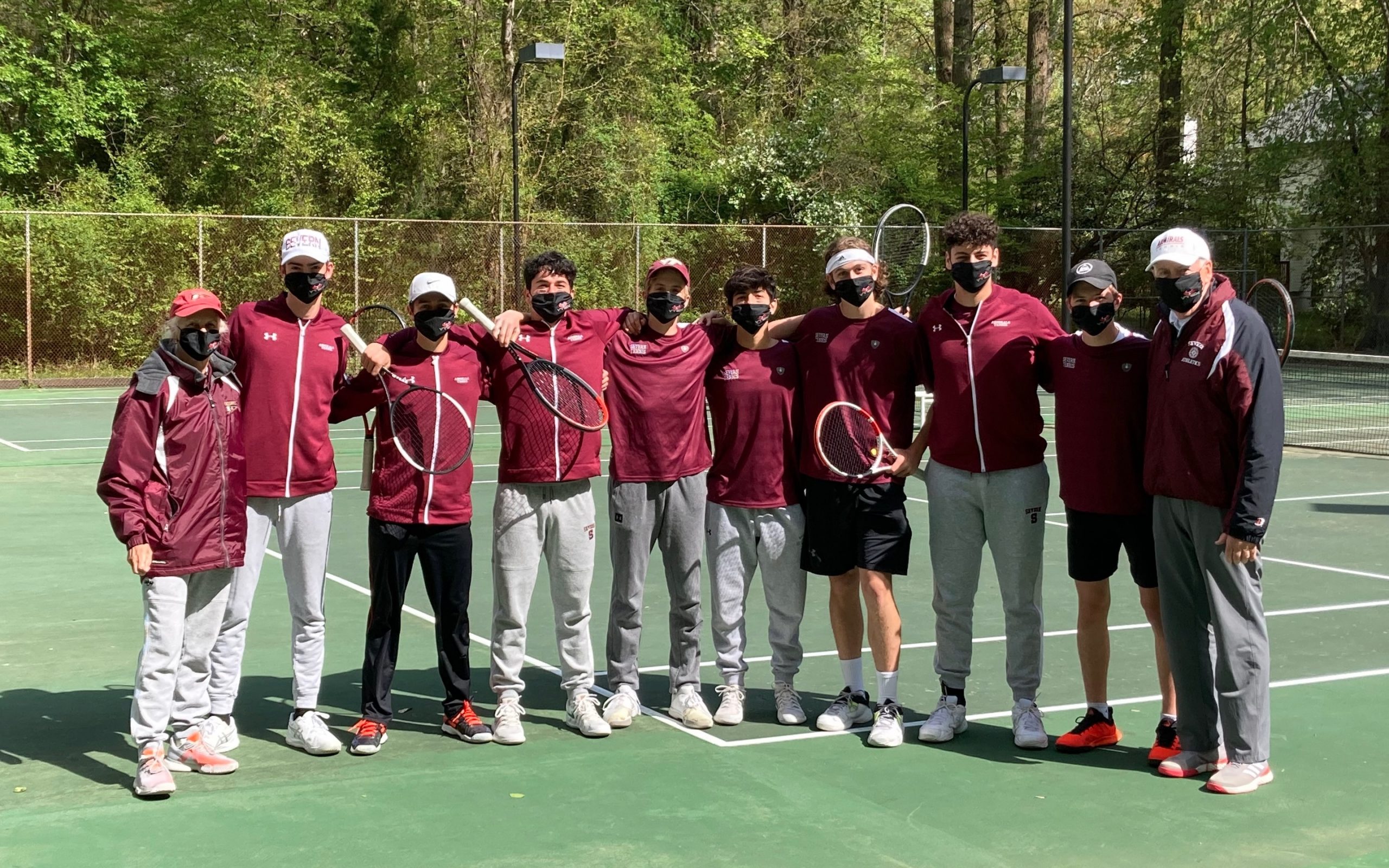 Tennis. The often overlooked and under-appreciated sport of professionals. It is a fantastic game of finesse and precision that demands just as much drive from its athletes as it does patience. From Federer to Serena Williams and many more, tennis has truly stood the test of time. So, let’s see how tennis at Severn is faring.

The JV team is often overshadowed by its bigger brother, the Varsity squad; however, this isn’t always the case. I sat down with Donovan Jacobs, the Co-Captain of the JV boys’ tennis team for a short interview about how the season has been going. I first asked him how the team has been performing recently and the current challenges they have faced in terms of competing with other schools. “Phenomenal, to say the least,” he replied.

The JV team has an almost perfect record, with many of their matches being very one-sided. They lost a match against Gilman; however, it was a very close hard-fought battle. Gilman is tough competition and this match demonstrated the caliber that the current Severn JV team is playing at. Currently sitting in 2nd place in the league for JV tennis, this promising young team is off to a great start.

I then asked Donovan a slightly more polarizing question: does he think tennis at Severn is given enough attention? “I think for our skill level, especially on varsity, we should be given more attention, considering we went from the B conference to number one in A conference,” he responded. The tennis team has in fact been playing on a very high level this year, beating much of the competition that caused them difficulties the last couple of years. I asked Donovan one final question: what has the team energy been like? “Hyped,” he explained. “Morale is high in light of our victories,” he said, “with no sign of slowing down.” 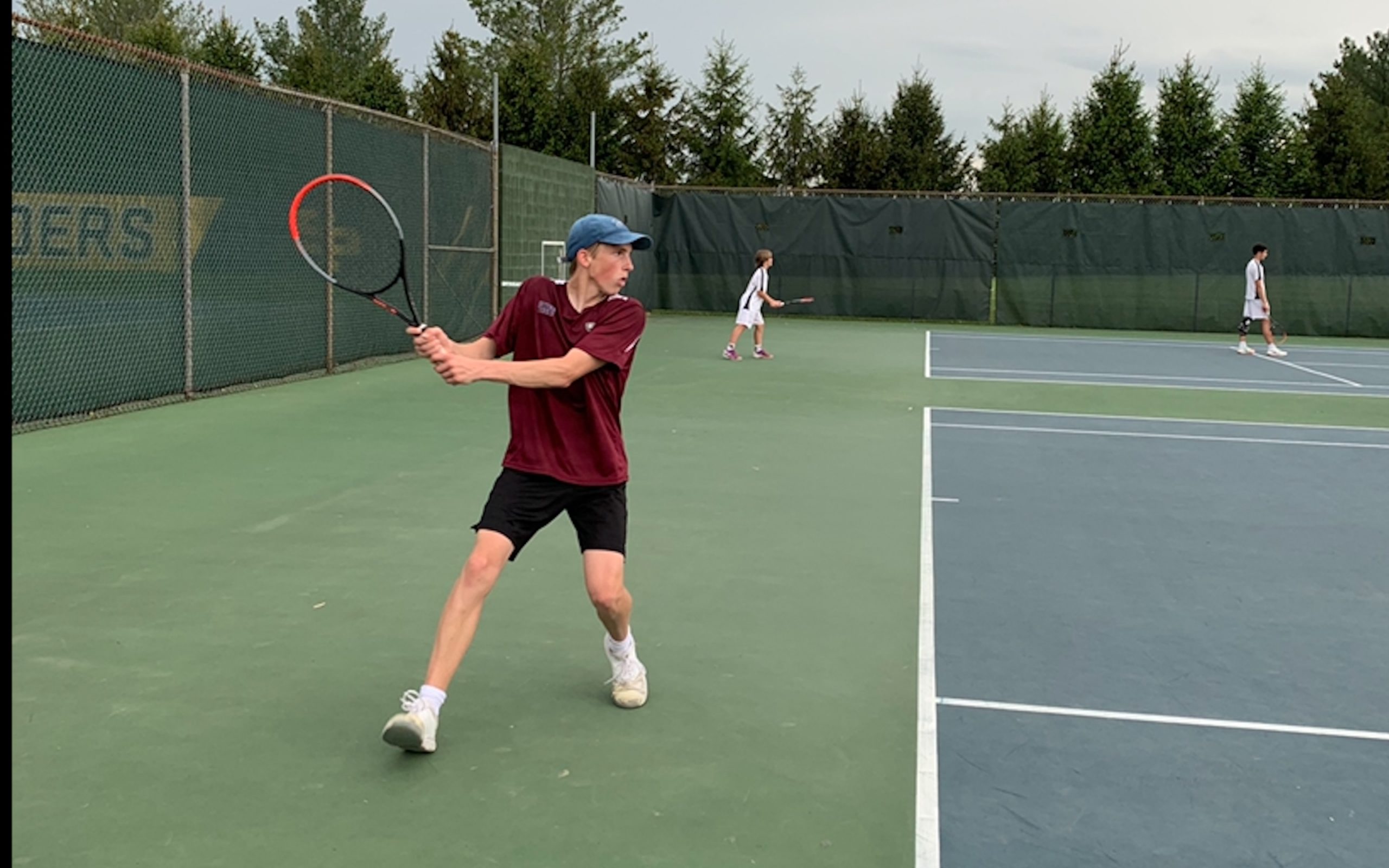 Varsity. The highest class attainable at Severn School. The best of the best is who gets the opportunity to play in this league. Much like the JV team, Varsity tennis is on a hot streak; in fact, they are undefeated (as of this writing on May 7th). I managed to get an interview with the captain of the team, Michael Hesford, who was very pleased about this season’s progress. I asked Michael a range of questions from how the season was going so far and what competition has been most challenging. I noticed the word “camaraderie” as part of most of Michael’s answers. Camaraderie is “mutual trust and friendship built between people who spend time together.” Camaraderie is not a teachable quality but a bond between people who share a common goal; in this case, to win as a team. It’s often an unspoken friendship that is slowly developed through countless hours of work and energy. It is often the reason for a team’s success. This year’s tennis teams without a doubt portray this unteachable quality that all teams should strive for. Congratulations Boys tennis and good luck in future matches! And…GO ADMIRALS!!!

Update: The Boys Varsity team lost in the MIAA Championship to Gilman, by a score of 4-1. The JV team also lost to Gilman in the championship by the same score. Severn’s Varsity finished with an overall record of 13-1, and the JV finished 9-2.