You Are Here: Home → 2021 → September → The Disappearance of Gabby Petito

The Disappearance of Gabby Petito

It all started June 2021, When Gabby Petito and her boyfriend/fiancé  Brian Landrie planned to travel across the united states visiting National Parks on their way to the west coast. The couple planned to travel in Petito’s white ford van that they had re constructed to live in. Gabby was known for posting on her Instagram regular as she had a following of nine hundred thousand. It was also stated that she had regular contact with her family and typically would communicate via FaceTime. All seemed to be going well until August 12th, when the Moab police were called about a possible domestic violence occurrence. When the cops arrived they described Petito as distraught and emotionally unwell as she was crying hysterically but neither wanted to charge the other with a crime as they told authorities they were in love and engaged to be married. One officer suggested they spend a night apart and put Petito in a hotel. They wrote a report stating “After evaluating the totality of the circumstances, I do not believe the situation escalated to the level of a domestic assault as much as that of a mental health crisis,” -Officer Daniel Robbins. 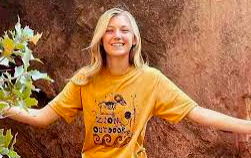 In the last week of August is the week. Where Petito last made contact with her family. This is the time line established by Petito’s family and the authorities .

What happens next is arguably the sketchiest and most concerning part of the case. On September 1st 2021 Brian Landrie drove home to his house he shared with Petito and his parents in North Port Florida. The White ford van the couple had been traveling in for the last 3-4 months was now back in Florida with no sign of Petito. Then on September 11th, Gabby  Petito’s family reported her missing the Suffolk County Police Department of New York, after no communication or information about Petito since August 30th stating “no service in Yosemite”. The Authorities from North Port arrive at the Landrie’s family home just several hours after the report was filed requesting to speak with Brian. However Officer Taylor states “we were essentially handed the information for their attorney, and this was the extent of the conversation”. And if this Isn’t throwing up thousands of red flags already what comes next will. On September 16th The Petito family begged for the Laundries to help with the investigation. The Petito family attorney stated “Petito’s family reached out to Brian Landrie’s family earlier in the month for information on Petito’s whereabouts, but his family refused to answer. On September 17th the Landrie family requests police come to their home, where they shared Brian hadn’t been since September 14th. This kicked off the manhunt for Brian.  While theres a ground surveys for Gabby in Grand Teton National Park in attempts to find a clue of her whereabouts. Both investigations are being led by the FBI with the assistance of local authorities. The FBI states the Grand Teton National Park is their #1  location of interest. 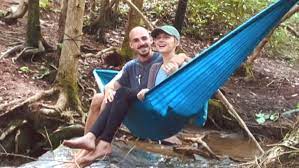 On a clip uploaded to the couple’s youtube channel, Nomadic Statik, on August 19th, Landrie was seen reading a novel called Annihilation, by Jeff VanderMeer. This is the first part of a horror/science fiction trilogy, and tells the story of missing women in a deserted, abandoned area separate from civilization-much like Petito and Landrie. Three women end up dying while the fourth remains in the mystery location.

There has been a lot of debate on whether or not this book and Petito’s murder could be connected, with some saying the plot of women going missing while exploring, while others insist this is just a coincidence.

1 in 3 women have experienced some sort of domestic violence, and more than half of women that are killed every year are murdered by a partner. 72% of murder/suicides involve a partner, and 94% of these victims are female.