On Saturday, October 3rd 2021, a pipeline in Orange County California failed, which led to 126,000 gallons of oil being released into the Pacific Ocean. This caused thousands of dead fish and birds to wash ashore in the past weeks due to unlivable conditions. The oil spread 13 square miles along the coastline from Huntington Beach to Newport Beach and by Sunday night the U.S. Coast Guard had removed about 3,150 gallons. Also, in attempts to remove more oil on Sunday, 14 boats were sent out and put out 5,360 feet of boom to help contain the oil from spreading more. 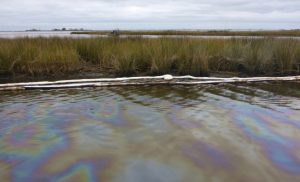 On average, an estimated 3 million gallons of oil are spilled into our oceans each year since 1986 due to pipeline failures. That is about 7,200 gallons each day.  With the failures each year the health of the ocean is decreasing rapidly. The ocean corals are dying faster, the coastal wetlands are damaged, and the one most noticeable to all is the decreasing level of wildlife. If a bird dives down to catch fish in contaminated waters, the bird can be unable to fly or may be in danger of the insulating properties being stripped away. After an oil spill, small amounts of oil on the top of the ocean can be turned into photooxidation which results in the material becoming increasingly brittle and harming wildlife as well as human life. Wildlife isn’t the only life harmed from oil spills, humans exposed to unsafe levels of oil and gas spills may be at risk for respiratory damage, liver damage, increased cancer risk, and reproductive damage. Oil spills can be controlled by companies adapting leak detection technologies as well as training and worker safety programs. This could be useful tool an oil spill was to happen.

The Catastrophic Damages from Oil Spills