Henry Ruggs Out of the NFL After Fatal Crash

Henry Ruggs III, a 22 year old NFL player, was in a fatal car accident on November 2nd where is he is being charged with DUI and speeding charges. Ruggs played college football at Alabama and in 2020 was drafted to the Las Vegas Raiders, where he produced almost 1,000 yards and four touchdowns in one season and a half. On November 2nd at around 3:40 am, Ruggs was involved in an accident that killed a woman and her dog, that were in the other car, when he was allegedly driving 156 miles per hour. When the medics got to the scene, it was too late to save the 23-year-old woman in the other car. Ruggs was not alone in his car; his girlfriend Kiara Kilgo Washington was in the car with him during this accident. 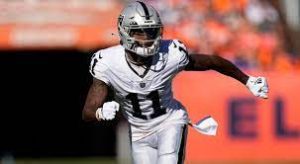 If proven guilty, Ruggs may be sentenced to 20 years in jail. He almost immediately was waived by the Raiders. With the investigation already in full swing, it has been shown that Ruggs’ Chevrolet Corvette hit the back of the woman’s car. The prosecutor says that Ruggs was going 156 miles an hour two seconds before the accident occurred. Not only was he going over the speed limit with a blood-alcohol level more than twice the legal limit, but a loaded gun was also found in his car. Due to these tragic events, it seems unlikely that Ruggs will ever play professional football again.