JV Football 2021: A Recap and Interview 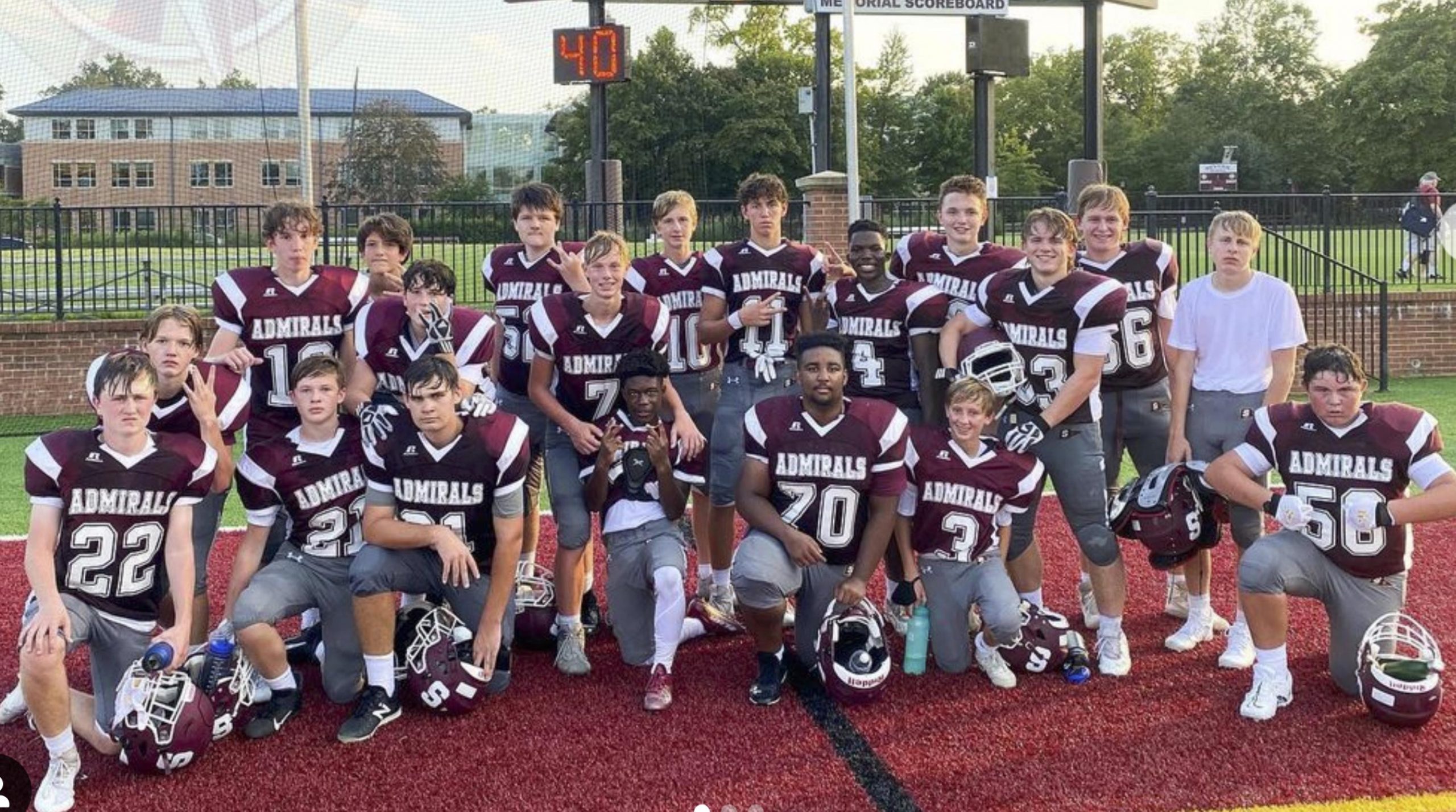 Junior Varsity football often doesn’t get much spotlight, and naturally most of the attention on Severn football goes to the varsity team. But today we want to shine a light on the unheralded JV squad, led by coach William Jackson. All of the sophomores and some of the freshman on JV also play on varsity, so during practices, it feels like we are one team; we practice together most of the time and help make each other better. Members from each team help the other team for their next game by running as the “scout team,” mimicking the opposing team’s offense and defense and helping the varsity guys to prepare and get accustomed to what they will see in their next game. We have had team bonding activities like a movie night and a cornhole tournament, and each team cheers on and hypes up the other players before the games.

Due to limited numbers and other circumstances, JV had a very shortened season: in fact, we only had two games, and unfortunately, due to another cancelled game, that is going to be it. The JV team won our first game, against Southern High, 39-2. “We are a young team, but we are persistent and keep getting better,” said sophomore leader Spencer Gibbons-Neff. “We won the game [against Southern] because we knew what we had to do to win and we did it.” In our second game, however, we lost to Landon 42-8.

First, I sat down with Coach William Jackson, who is a first-year coach and also an English teacher in the Middle School. Here is what Mr. Jackson had to say:

“It’s my first year coaching, and so far it’s been a blast. The thing that is most important about these young guys is that they all work very hard. They’re all very close. If you come to one of our practices, you’ll see them always talking and having a good time, but when it’s time to work, they get to work, and that’s a coach’s dream, really. The season’s been a little weird for us because we don’t have as many games as [we would like], so we’ve been practicing and working on our craft, but when we got our chance to play, we did very well.”

Next, I sat down with team leader Braden Hanley to discuss his experience as a new member of the Severn football program. I asked Braden, “How would you describe the win over Southern?”

Here is Braden’s response: “That game was one of the greatest things to happen to many of us. It was our first high school football game ever. We had been working our hardest every day all summer long to get to the point where we could compete as a team. All those days of showing up early and being the last ones out of the building, because we all wanted nothing more than to win our first high school football game. I truly believe that we won this game because we wanted it more, and the work we put in was all the evidence we needed. There were many highlights in this game. That first touchdown by Jack Pumphrey to set the tone for the rest of the game. Cayden Decker’s three touchdowns. Our quarterback Caden Blanck’s five passing touchdowns. Keshaun Baker had a great game. Spencer brought pressure on every play. And my two picks and a touchdown. Nobody played a bad game that day; everyone came out ready to play and brought their all.”

Thanks to Braden and Coach Jackson for your time, and for a memorable season.