The Eastport Yacht Club (EPYC) Lights Parade was sadly canceled this year due to gale-force winds and rain on the night of Saturday, December 11th. Prior to the cancellation, I interviewed the marketing director at EPYC, Berni Stevens, regarding this beloved Annapolis Christmastime tradition. 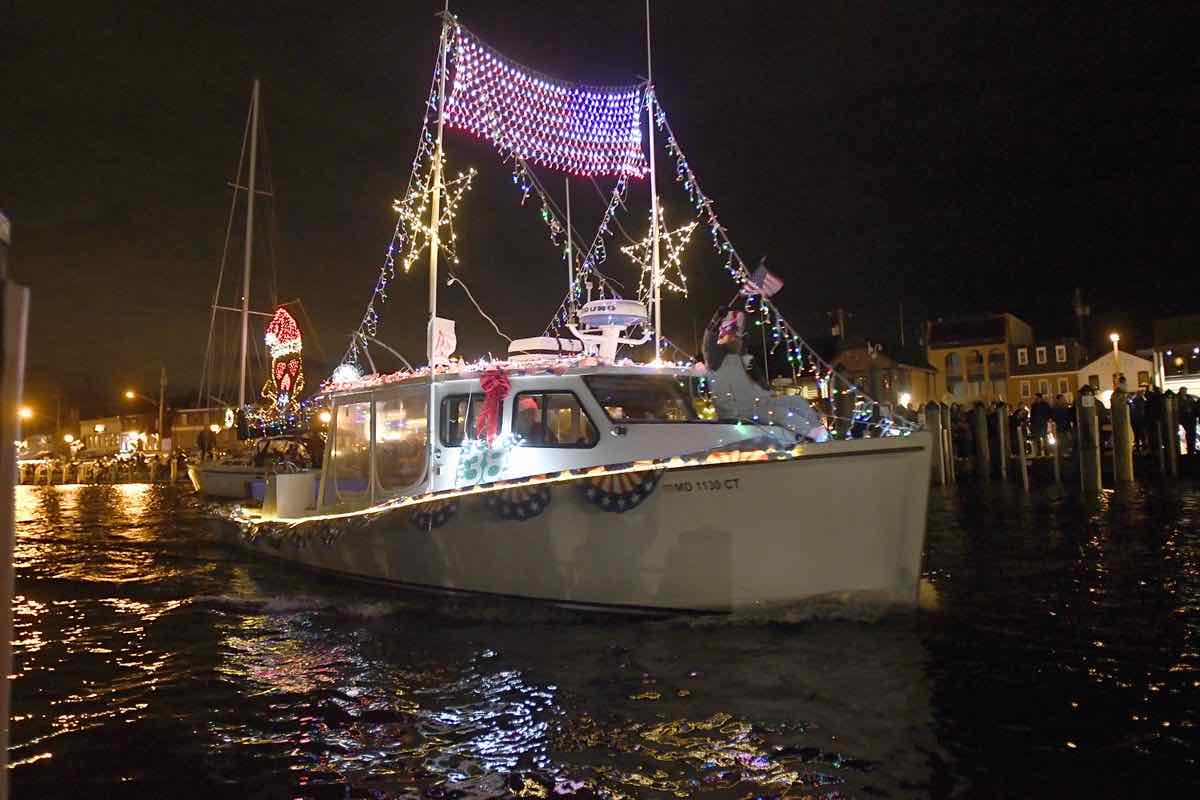 Are there regular participants in the Eastport Yacht Club Lights Parade?

Yes, some boats and their skippers participate year after year.

How does an event of this size get organized?
The Lights Parade is chaired by club members Tom and Trudy Stalder, and there are more than forty volunteers from the club who work throughout the year to put the event together.
Any fun facts about this event you could share?
Twenty to thirty thousand people line the waterfront each year to watch this glittering holiday parade. In 2016, Annapolis and the EYC Lights Parade received national attention. CBS TV highlighted past segments of the parade during the “CBS This Morning” Saturday show.  Additionally, The EYC Lights Parade has been nominated for the past three years to compete in a USA Today poll of “Ten Best Holiday Parades.” In 2016 the parade placed number one in that poll!
Are you expecting a large turnout this year?
Yes, we are expecting a great turnout and have 47 boats participating this year. 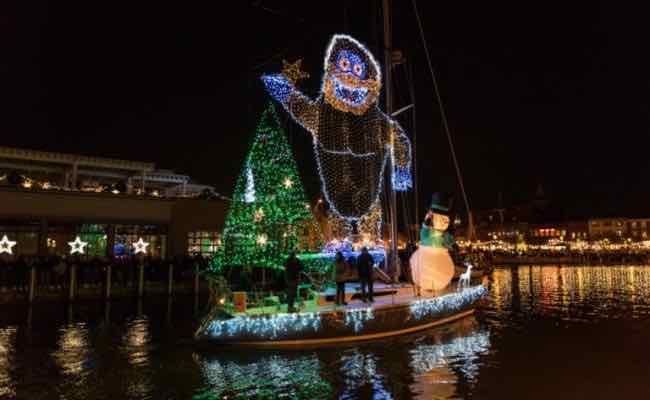 Although sadly cancelled this year due to inclement weather, the Club has already scheduled the parade for next year (December 10, 2022). 2022 will be the 40th anniversary of the parade. In years past the parade attracted many to the downtown waterfront. Sailboats and powerboats decorated in hundreds of thousands of lights appear out of the cold winter darkness, illuminating Ego Alley and the surrounding harbor. Most of the boats come locally from Eastport Yacht Club and Annapolis Yacht Club; however, there are some that make the trip from surrounding rivers. The parade can be viewed from downtown, the Naval Academy, Annapolis Yacht Club, Eastport Yacht Club, Severn Sailing Association, and the drawbridge. From Hawaiian Christmas to Hanukah decorations, the boats are a must-see and are sure to get you in the holiday spirit. 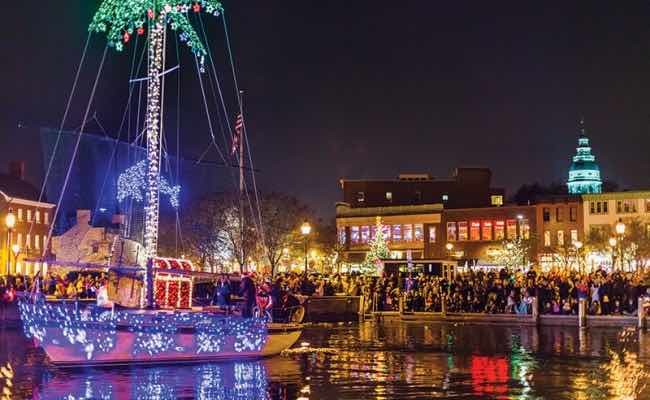