Billionaire Simone Starkweather plans to clone herself using the money meant for her family and work staff. Her heirs’ loss in fortune causes them all to turn against the aging woman and one decides to take her life at midnight in the Starkweather mansion. Billy St. John’s Murder’s in the Heir is a riveting murder mystery with a cynical twist that pulls audience members into the show. Watching this production, directed by Mr. Ron Giddings, is an intense ride of mystery, comedy, and thrill.

Mr. St. John’s ambitious decision to allow the audience to participate is very well done. During the intermission, audience members vote on who they believe should be the murderer. Once votes are tallied, the ending changes accordingly. The voting makes the play much more interesting; the audience participation keeps viewers engaged and adds to the whole mystery of the evening.

Casting for the show was a work of perfection by Mr. Giddings. Every role was filled with an equally capable and talented actor. Paisley Pentecost plays her role as Paula Thompson, a Southern belle, with energy that normally a freshman would not possess. Maverick Dixon’s role of Trent is perfect; the stern houseworker keeps everyone on time for Mrs. Starkweather.

Each cast member developed their characters to have a distinct personality, choosing everything from accents to the way they walk. Maddie Clarke and Henry Salinas chose thick accents for their characters; Minerva with a heavy New York accent and Bensonhurst with a British accent. Jeffery Huang walks with a limp for his character Rufus and speaks with a Southern drawl. Margaret Cravens, having never walked in heels, develops her character Lois Van Zandt, a lawyer, as she walks with her head high. Natalie King, playing Kathy Collins, adds a witchy laugh to her cold character, and Brendan Reilly plays detective Mike Davis as a laid-back, quiet investigator. The cast went above and beyond with their performances of each character and prepared tirelessly for the show.

The chosen murderer for opening night was Jack Mandish, playing Jordan Starkweather. Mandish’s performance on opening night was a mix of aggressive and comical, which was perfect for his character. Jordan is a money-hungry opportunist who tries to trick some of the women into being with him for their money. The shy maid Nancy, played by actress Katie Powell, falls in love with him. In Friday’s show, Paisley Pentecost’s character Paula Thompson was chosen as the killer. Paula starts out sweet and caring, but she is certainly capable of murder as the show goes on. Her high energy and overexcitement about the money in the will plays a key role in her motive. Closing night finished with Maddie Howell’s haunting turn at playing the murderer. Fiona Starkweather, a crowd favorite, is a batty old woman who appears unaware of what is going on, but later in the show it is revealed that she has a darker side than may be first seen. Maddie’s clever acting matched Fiona very well, especially the airy voice Maddie chose for her character.

Ava Wisnom’s portrayal of old Mrs. Starkweather was a chilling experience. Her cold character, with a fortune of around 50 billion, dangles the money in front of her family before snatching it away. Simone has plans to clone herself with her billions, leaving her heirs a mere fraction of what was originally promised. Ava also took on the task of playing young Ms. Simone, Mrs. Starkweather’s bubbly college student granddaughter, in the second act. The immense change in characterization was difficult, but Ava did a remarkable job of portraying both characters with equal talent.

The performances of the Water Street Player were impressive and applause worthy. I enjoyed watching the show come together and unfold on opening night and throughout the weekend. Thank you to Mr. Giddings and Mr. Derbyshire for all of your hard work in making this production come alive. 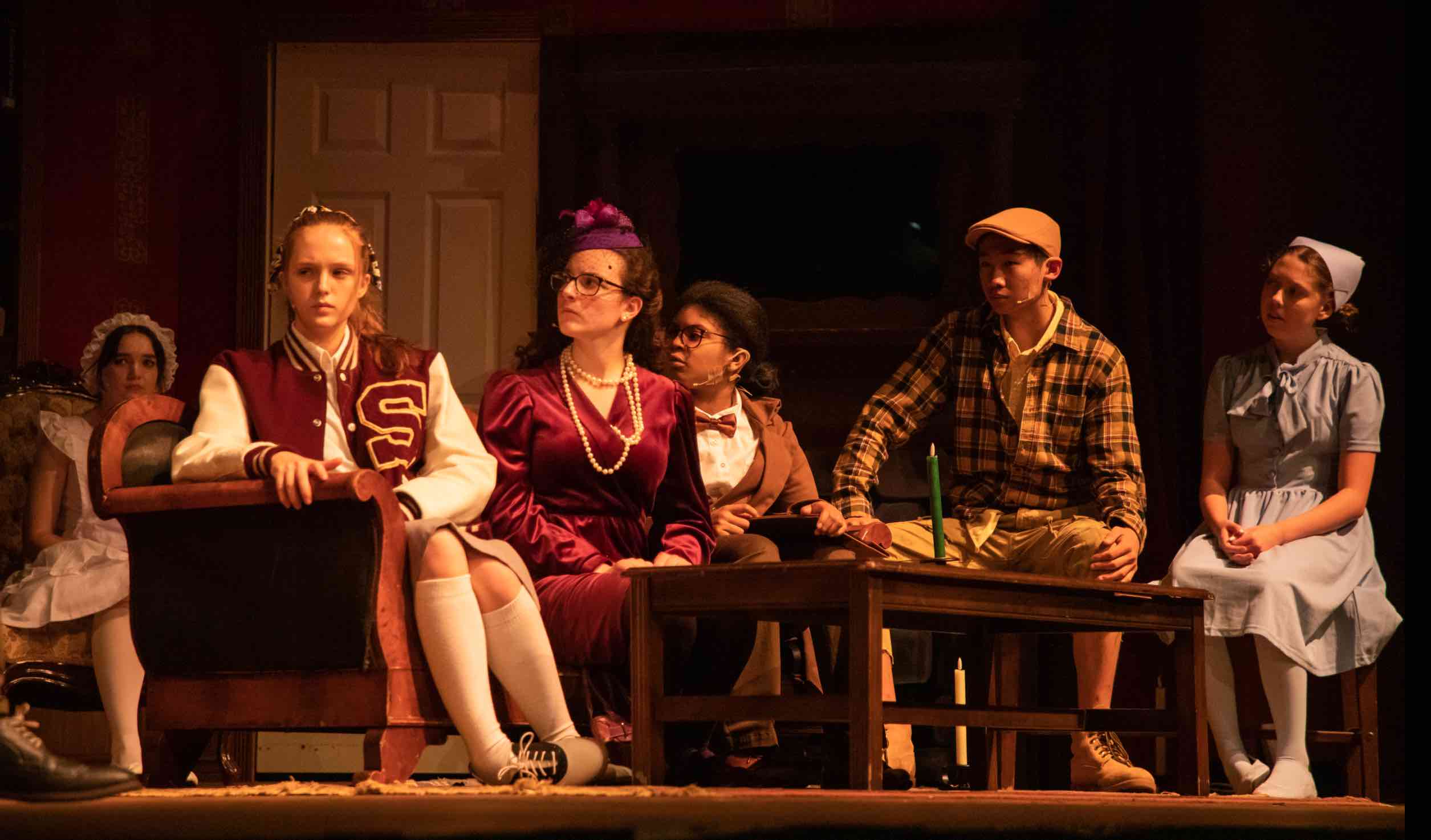