You Are Here: Home → 2022 → January → A Bay In Disarray: The Haunting Reality of Our Dying Estuary

A Bay In Disarray: The Haunting Reality of Our Dying Estuary

Maryland seems to face its most prominent issue, runoff, due to an increase in hard surfaces rather than absorbent ones. As the state becomes further urbanized, deforestation leaves runoff with only one place to go: the bay. There, it fosters algae growth, creating dead zones where sea life cannot survive. Furthermore, climate change is exacerbating the runoff dilemma by causing violent, sporadic storms that produce an influx of uncontrollable stormwater pollution.

However, Maryland is not the state with the most issues, even though it contributes to a declining ecosystem. Pennsylvania, in particular, is a state that has fallen far behind on its duties. Its 3 million acres of farmland and heavy phosphorus and nitrogen use cause an extraordinary amount of runoff to travel into the Chesapeake Bay via the Susquehanna River. As Allison Prost, the Chesapeake Bay Foundation’s vice president said, “If the Pennsylvania waterways are not clean, the downstream bay will not be clean.” In order to create a healthier ecosystem, all states apart of the Chesapeake Bay must contribute. 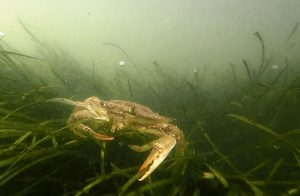 So, how can we solve this daunting issue? To start, sign petitions to help organizations gain grants that will allow governments to plant trees along the bay and keep to the 2025 goal. Also, recycling, reducing waste, preserving water, and not overfishing are some everyday actions we can take to prevent the situation from worsening.