The Maryland Zoo in Baltimore: Our Nation’s 3rd Oldest Zoo!

Did you know the Maryland Zoo in Baltimore is the third oldest zoo in the nation? Although the then named Baltimore Zoo officially opened in April 1876, the zoological gardens that acted as the basis for the zoo opened all the way back in 1862. To put that in perspective, our very own Maryland Zoo was being created during the Civil War! Howard Daniels, a landscape gardener, helped to cultivate Druid Hill Park in 1862 and many wealthy Baltimore citizens added to his cause by donating animals to elevate the natural beauty of the park, which eventually led to the official creation of the zoo. 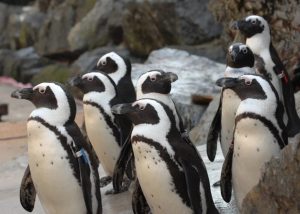 Over time, the zoo began culminating a repertoire of foreign animals like camels (1919), elephants (1926), hippopotamus (1926), and many more. In addition to simply having the animals, the Maryland Zoo began creating habitats that mimicked the animals’ natural environments in 1984. These exhibits included Maryland Wilderness, the African Journey, and the Polar Bear Watch. Maryland Wilderness shows off native animals and the local Maryland environment. The African Journey shows off iconic animals such as elephants, giraffes, and lions. Finally, the Polar Bear Watch not only includes polar bears, but other arctic species and grizzly bears as well! 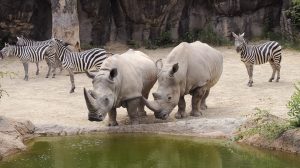 Currently, the Maryland Zoo in Baltimore is home to around 130 species of animals, ranging from birds to reptiles to mammals. While the three exhibits I mentioned earlier still exist, the most successful is the newer Penguin Coast exhibit. After opening seven years ago, it has won the American Association of Zoological Parks and Aquariums (AZA) Award for Exhibit Design. Penguin Coast is also the “largest and most successful African penguin breeding colony in North America” according to Marylandzoo.org, as it is home to over 80 African penguins!!

The Maryland Zoo in Baltimore is one of the more unique destinations in the state, with its rich history and numerous fascinating species to learn about!