Tracks to Trails: The History of the B&A Railroad

As members of the Severna Park community, we all know and love the B&A Trail. Allowing places to run for our sports team or an easy bike ride to school, but did you know the B&A Trail has an interesting past? Beginning its use in 1887 with its first passenger run, the B&A Railroad served as a connection from Annapolis, the capital, to Baltimore. The railroad was considered to be more of a trolly, used to transport people and goods from Baltimore to Annapolis. The railroad helped to grow the towns along with 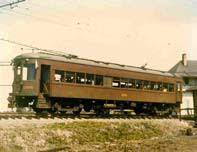 it, such as Severna Park. Severna Park was put on the map by “Frost’s Store,” a convenience store that was a stop along the railroad. The railroad was faced with many obstacles as the times changed and needed to adapt to stay in business. The first major change the railroad underwent was the switch from steam engines to electric engines, a more environmental approach. The increased use of automobiles was adversity 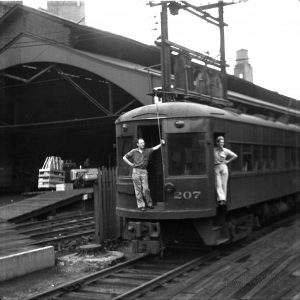 for the railroad and caused it to halt all passenger service in 1950. Eventually, the B&A Railroad stopped all service in 1968 due to losing its biggest customer, the Naval Academy. The Naval Academy’s switch from coal to oil use left the railroad without business and caused it to stop all forms of service. Although the use of the railroad was stopped, the B&A’s legacy was continued in 1981 when the right of way of the railroad was sold to the county. The decision was then made to recycle the tracks and turn them into a trail. The track was fully converted by 1990 into a 13-mile-long nature trail. Along with the conversion of the tracks, Frost’s Store was transformed into the Earleigh Heights Railroad Museum. The history of the B&A Railroad lives on in the museum for people to visit as they walk the trail.