The Severn School math team is a “party club.” We base our culture around being a united team, and our size and the way we conduct our announcements reflects that. Our main purpose is to have fun while doing math; we give math another name – “the key to life.”

We compete in the Anne Arundel Community College (AACC) math competition five times per year with many schools from around the county. Our team leaders came up with the phrase “key to life” to call the competitions a celebration. We had amazing times and won the first place trophy as a by-product — but having fun is the major focus.

On February 5th, 2022, Severn Mathletes gathered at AACC to compete. The competition had two parts: Individual Round and Team Round. In the individual round, we were sent to a room while each one of us did the math on our own; we had 30 minutes for six problems, and a 30 minute break between individual and team rounds. The best part of the competition — the team round — started with groups of five people. We discussed and cooperated as teams and finally submitted our team work.

There are no words to describe how amazing we did.  I (Christopher Fan), Jeffery Huang, James Crabtree, JP Meyer, and Casey He made up the “A Team,” and ended up with five out of six in the individual round, giving an unprecedented five point average for our individual rounds, the best in AACC history. In the team round, two of our teams ended up with five out of six and one with four. Notably, our overflow group ended up with four out of six, which was the same as the highest grade for all other schools. Our final score ended up being enough to beat Severna Park, North County, Crofton and every other school in the county. Right now, we are nine points ahead of the second school — almost a whole contest ahead. Nothing can stop our inevitable run to become final champions of the 2022 season!

We know that a lot of you are interested but hesitant. We have heard the following concerns: not having enough math skills, fear of bringing down the team score, or

simply having no idea what the competition is. Here is our answer: everyone is qualified; it is really not that hard. Please join us, and we can do math, and celebrate, together!

Now, for your enjoyment and a nice challenge, here are three problems for you to work on. Get to work, come up with your answers, and let us know what you come up with.

The following problems are adapted from AACC Competition: 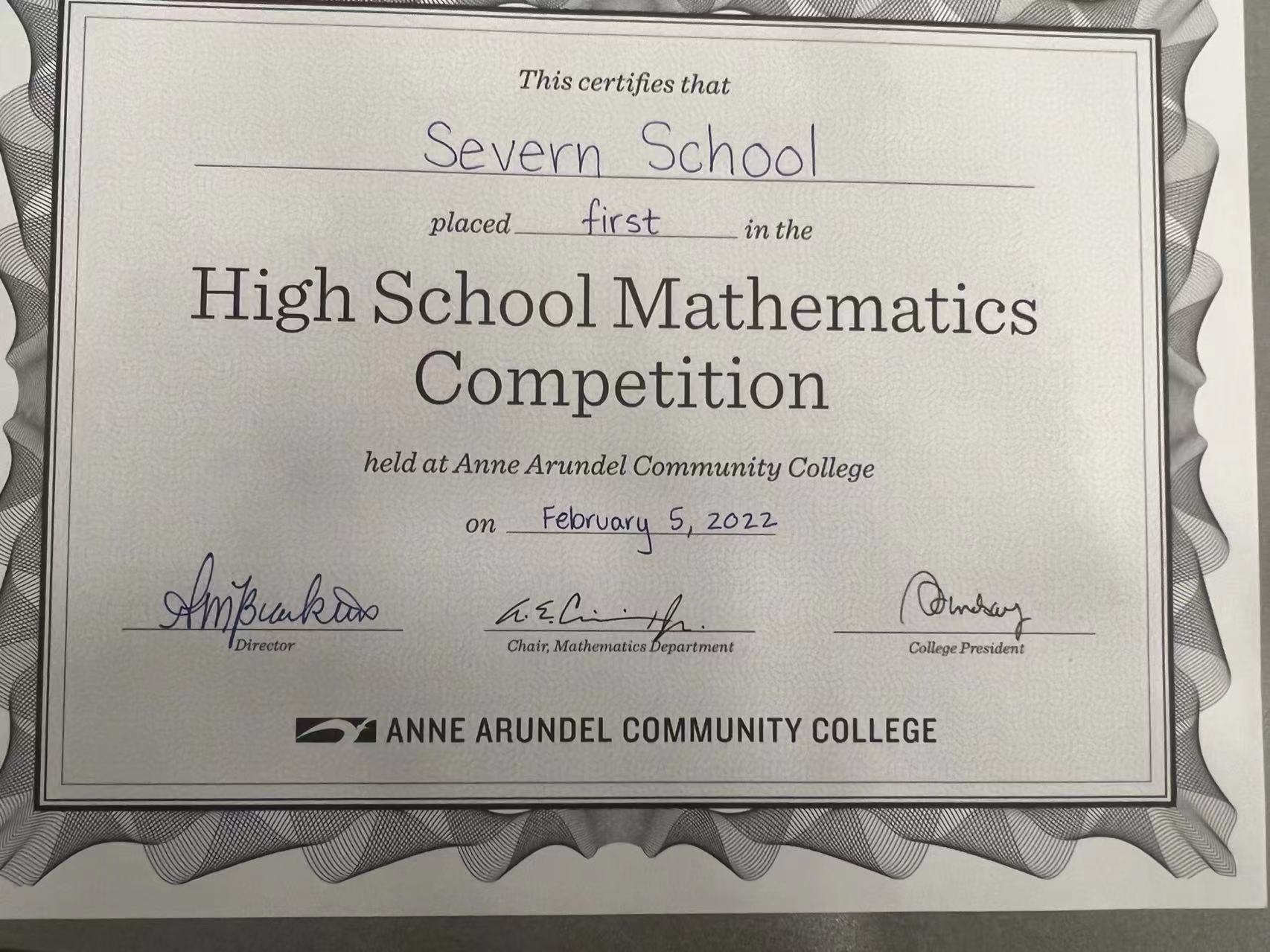